[Based on notes made before the talk, what I remember of the talk (which cut some bits and expanded others), and notes made afterwards from questions raised and discussion. With thanks to people who came along! This was an open talk for a general audience. The usual caveats apply: There may be typos. Here be dragons.] 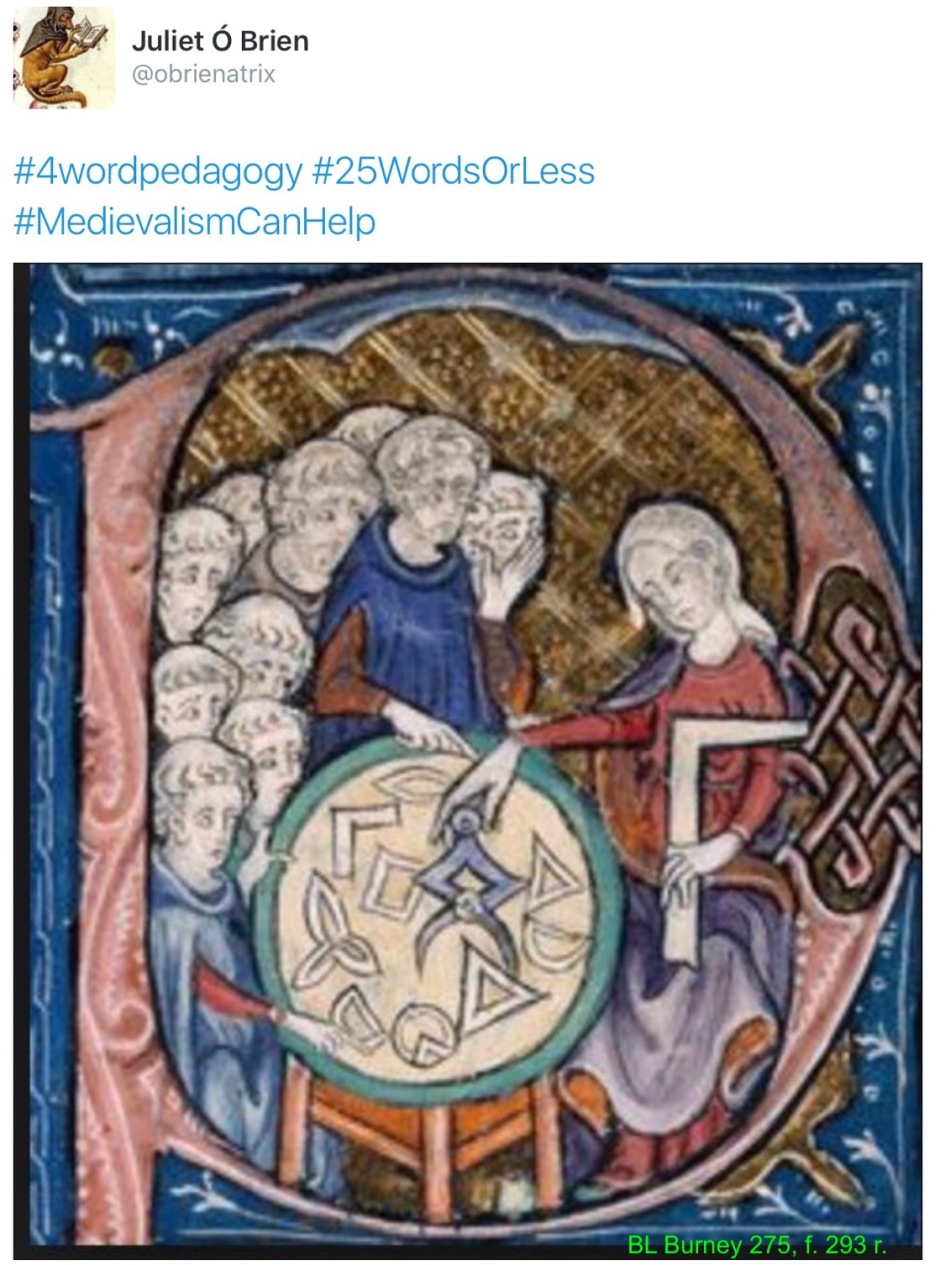 The image above was at the centre of the first part of this talk. The version above is from a Twitter conversation last year about education. It’s an image I return to frequently when thinking or talking about teaching and learning; I’ve also used it in classes. It could stand in for a large part of any syllabus: approaches, expectations, learning outcomes, and so on. It comes from this manuscript in the British Library (and I could digress further on it, and its context, but I won’t. Maybe later.)

(OK, just to tantalise you, here’s some more about it from that link above… )

This image is medievalism.

It’s not a depiction of actual medieval teaching: this is an allegory, or extended metaphor; the figure of Geometry is a personification (who are often feminine, for various reasons, some of which were discussed in the course we’ll talk about in part II of this talk, via Martianus Capella’s De nuptiis Philologiae et Mercurii); and this is an idealised representation. Think of it as an ideal to keep in mind, as distinct from and alongside the real, actual, and actualised. This is a hopeful and humble kind of education that aspires to do better, to higher things; while recognising and respecting them as lofty ideals. A wise education and an education in wisdom.

It shows how to move away from thinking about education as being teacher-centred, or learner-centred, and instead to being learning-centred. Partly because “learning-centred learning” sounds somewhat sarcastic, the phrase “knowledge-centred learning” is better. This is an idea that’s very old, and exists in many cultures. It’s not exclusively medieval or derived exclusively from medieval Western European sources. And a goodly-sized group of fine medievalists are working on or around it as we speak.

Look at the hands. This is a way of learning that’s hands-on, handling material objects, doing and making things with them. Constructive, critical, and creative. It’s a material physical kind of learning in bodily person, through lived experience, in a space with others, interactive. That space is an equitable one, a level playing-field, in which people engage directly in active work on a shared project. That project is the creation of knowledge. What is happening could also be called, to use a recent fashionable term, “experiential learning.” I’m not going to talk about that much, except to say that such fads are always worth knowing about (because all knowledge is good) and some are interesting because they’re reinventing the wheel. I mean that positively: ideas that return, recycled, repurposed, reinterpreted in a different time and place. When something is thus added to and thereby “made new,” that is innovation; and that is actually, properly, philologically, what that word means. 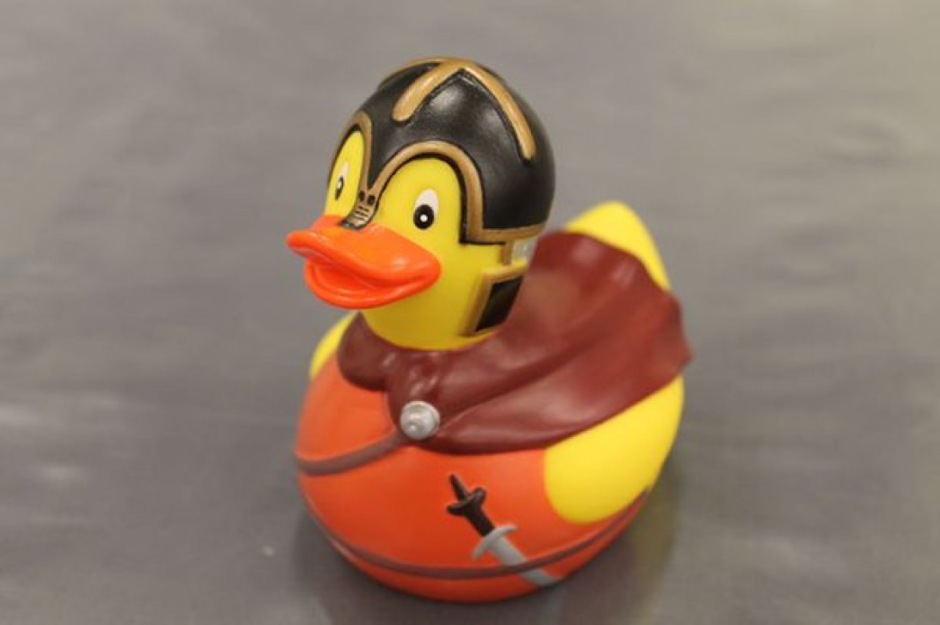 II. A BRIEF HISTORY OF MEDIEVALISM

I noted down a few quick references that, for me, exemplify the medievalist spirit and feel like a natural starting-point for reading about and around it:

A very rough idiosyncratic sketch of the history of medievalism starts with a first phase in the 16th to 19th centuries. Medieval works are among the objects of humanist scholarly study. The start of such study of the medieval / medieval studies, if we just look at texts, is like that of other older materials such as the Classical canon: editing, producing a solid printed text, dissemination, and eventually (once we move up to the 19th c.) the study and teaching of these texts as sources of information about language, historical morphology, nostalgic or prescriptive exemplarity, and history. Such work and study can have further purposes and ends:

Move forward to the end of the 19th century and the start of the 20th, and we see a distinct unified integrated field of medieval studies, associated with a move towards thinking about “the Humanities” as a whole and the Annales School idea of les sciences humaines. 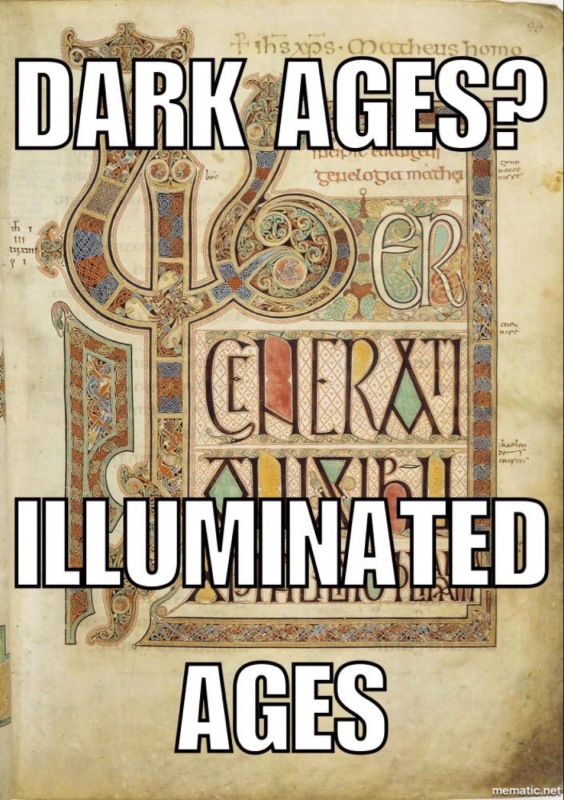 Move further forward through the 20th century. To the 1940s, ’50s, and ’60s. A reaction against nationalist historical and literary-historical studies (and I was very good and didn’t digress here on French vs German philology of the 1870s to 1930s as a continuation of the Franco-Prussian war, or the counter-balancing awesomeness that is the Romania project). Continental European refugee academics shift Medieval Studies towards transnationalism and internationalism (ex. Curtius and Auerbach). Those places that gave safe haven to refugee academics—the UK, USA, Canada, Australia, New Zealand—become living laboratories (figuratively and often literally built around these refugee academics and their growing scholarly families—colleagues, students, intellectual kith and kin) for a new kind of Medieval Studies that is emphatically interdisciplinary and inclusive: “Centres / Institutes for Medieval Studies,” “Medieval Studies Conferences” such as UBC’s own Workshop (the 44th was last year), and what are now the two largest medieval/ist conferences in the world, both appropriately called “International Congresses”: the International Medieval Congress held annually in Leeds (started in 1994; the largest medieval congress in Europe) and the venerable International Congress on Medieval Studies held annually in Kalamazoo, MI.

The latter started off in 1962 as a “conference” held by an “institute”: “Medieval Originality: A Conference on Medieval Studies”; both the “originality” and, especially, the “on” are avant-garde. Through its openness to scholars of all sorts—of all ranks, students too, at all kinds of institutions of higher education, inside and outside academia, teachers in further and secondary and primary education, independent amateurs—and acceptance of different ways of being a medievalist and doing medieval studies—such as performance, re-enactment, practical demonstrations, social history, popular culture, and a range of languages and cultures and other forms of marginalisation—it’s often perceived (without digressing into the events of the 1960s) as a sort of radical offshoot from the Medieval Academy of America (first annual meeting, of its members, in 1925). Founded as a learned society of a sort that would look familiar in the 17th to 19th centuries (though one of the first is… medieval! The Acadèmia dels Jòcs Florals, Toulouse, founded 1323 and still going). The MAA was and often still is perceived as stuffy, full of older conservative white male senior scholars, and dominated by English and History: an aristocratic mainstream. The MAA has been changing; Kalamazoo has too; people do go to both, or alternate between them, and talk to each other; and BABEL may be seen as a more recent radical offshoot in the great rhizomal network of medieval studies.

What else is going on in this immediate postwar period: the (re)building of Europe and the start of decolonisation. A world looks outward, globalises, and moves away from confinement within nation-states. Borders become more fluid. (I said some more here about the fluidity and permeability of borders, and borders as areas of intersection, interaction, exchange; and—rivers and seas—as pathways. We’re all probably thinking a lot, and along similar lines, about borders at the moment.) The borders within and around the medieval become more fluid: for example, when I applied to graduate schools for my PhD, my plan was to work on one such border, on French poetry of the late 15th and early 16th centuries (and, more exactly, on puns in that poetry: another sort of border). Navigating the borderlands between medieval and renaissance is still an active area; as is the study of renaissances as a multiple phenomenon (ex. 6th, 9th, 12th, 13th, 15th, and 16th c.); and the borderlands that are late Antiquity and the early Medieval; and how these borders shift even within a very narrow geographical area, across a day’s travel.

These borders have been well-trodden over the last half-century (and longer, thinking back to Romania). Medieval studies has always been interdisciplinary, intersectional, international; a Janus-figure standing at a crossroads looking in at least two directions at once. Medieval studies has also moved outside national confines within Europe, and from Anglo- and Euro-centricity, towards a global medieval recognising the lived reality of inter-connectedness.

(alluded to in the talk: a pair of medievalist memes from a master of the form, Damian Fleming (@FW_Medieval), in the #illuminatedages series)

I concluded this part of the talk with an attempt at definition. (PARADOX OR IRONY? Discuss.) Medievalisms are multiple and diverse. All can be said to share the following points:

(1) a focus that is not exclusively on a narrower sense of the medieval, but also sees a bigger picture at the same time: a contextualised medieval

(2) a comparativist and relational view of the world

(3) a view of that world as a whole one: an ecocritical, (bio)diverse, intersectional social justice medievalism

(4) with the influence of the continuations of medieval romance, adventure, and allegory that are 20th & 21st century speculative fictions (SF, fantasy, superheroes and other comic characters), an awareness of being in a multiverse populated by numerous worlds. “Alternative realities” in the proper sense. This both alienates—preserves and respects the alien nature of other worlds (1250s Paris vs 2010s Vancouver)—and brings closer, precisely through the proximity of speculative fictions and/as other worlds, being as they are a major part of contemporary culture worldwide (books (inc. comics / sequential art / graphic novels), films, TV, games).

Often, medievalism is identifiable as such when it breaks boundaries of periodicity by looking both ways at once: seeing what a medieval eye can tell us about the here and now, or vice versa, or both.

Medievalism may also include other elements that open up material to “outsiders,” make it useful (in the positive sense of integrating it into life) and relevant (in the philologically-correct sense of “lifting you up again after you fell down, and possibly doing so—in Old French—as a reciprocal action in mutual aid”). That may include applied, practical, experiential aspects.

I’ve used medieval materials in teaching non-medieval courses: images such as the one at the start of this talk, historical morphology, and memory techniques (thank you Mary Carruthers) “even” in beginners’ French language courses. The rest of this present talk is about a different kind of medievalist teaching, and practice of medievalism, medievalism in action: in a course in medieval studies. Haunted fore and aft by the spectre of Umberto Eco.

That is: MDVL 301A: Medieval European Literature from the 5th to the 14th Century – “The Liberal Arts”

More about it—and lifelong learning, civilisation, resistance, questioning, commentary, satire, and hope—in Part 2, next. In the meantime, feel free to have an exploratory / adventurous meander around the course site. Everything there is openly publicly freely accessible and usable (CC BY-NC-SA licence) except for student work, access to which is restricted to participants in the class and rights (or lefts) to which remain with each of them individually.