I have the good fortune to be in a full-time academic job in the teaching stream, a parallel track to the research faculty stream. This is good for separating otium from officium and negotium, whilst maintaining a fluidly-intersecting area of otium negotiosum / sanctum. I teach French language, literature, and culture; and medieval literature, some of which is in French. For most of my courses, at least some of the materials are openly available online. This is important to me personally and politically and because I work at a public institution in a democracy: to ensure that, for current and future courses, as much as possible is free for anyone to use; provided that such materials have been the product of fair labour, that they are properly credited and not commercially exploited, and that their use abides by Creative Commons BY-NC-SA licence terms.

Not all of my teaching is overtly or obviously medieval. This is a good thing—at least, I enjoy it, though that might be idiosyncratic—because it encourages me to think more creatively when teaching so as to bring in the medieval: medieval things, medieval teaching and learning, applied medievalism (of which here is a practical teaching example from a UBC class, and here are some more). Thinking when teaching, and thinking about teaching when teaching, make for better teaching (I think). It has also been my experience that something is more enjoyable if you’re being more imaginative and otherwise intellectually active while doing it, and that your enjoyment makes the thing more enjoyable for others involved. Spread the joy.

2016 Statement of Teaching Philosophy
(⚠️ in verse, with images)

Some general stuff that may be useful to others: 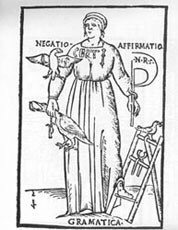 Here are some courses I’ve designed and taught or currently teach, from 2008 onwards, including syllabus. Some are WordPress archived copies, some are at UBC Blogs (an institutional version of WP):