Because #medievaltwitter is amongst the finest public scholarship, breaking barriers of academia, bringing “outsiders” in.

Because Medievalists are able to go beyond the weaker—impoverished and impoverishing—recent idea of out-reach, back to its roots and underlying essential qualities, where they can perform alchemical philological magic to reveal a potent quintessence and share that openly and freely and equitably with the world for the greater and limitless enrichment of all. Why would you “perform outreach” when you could in-embrace-one-other instead, in brotherly or sisterly love: ou/où on s’entrembrasse? Because French (especially Old French) does it better.

Because Medievalists hug better. And we share better. Including hugs. Come join our happy virtuous cycle.

Here is a round-up of medievalist huggery from last year, over in the Twitterverse, as an incentive for more of the same this year and in the future. 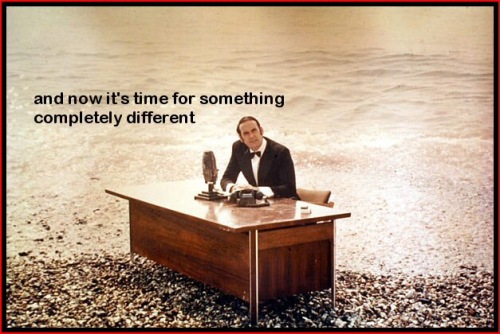 Caption from this time last year: “Ethics and responsibility: innovative redefinition From Here, A Place Of Mind, Vision and Values”

First, an explanatory note on Medievalists, why they have a Day online, and why hugging is a fitting tribute.

Entire worlds: languages, literatures, other man-made artefacts, crafts, social structures, stories and histories, ways of being. In short, cultures. Some of them very weird and alien (the worlds, not the medievalists,  though that may not be that obvious). Some of them unreal or ethereal in comparison with the worlds that most people, and most academics, inhabit.

We deal with the imaginary and the virtual:

It is in the nature of our work that we also deal with that other magical world, the one that is online. Medieval studies is one of the areas of the Humanities with the longest, richest, and most innovative traditions of digital scholarship; as a natural extension of 19th and earlier 20th century philology; along with our kin, philology’s other main antique branches, Classics and Oriental & African studies (expanding from World War II onwards to include the full global panoply of non-modern-European languages and their cultures).

The Medieval was one of the first fields of inter-/cross-/multi-/pan-disciplinary studies to have come into being, and may be the longest-running, as a natural extension of its materials’ intertextual, multiverse embrace.

What follows is just a sample selection of all the #HugAMedievalist that happened on this day last year.

Every decent self-respecting university should have some; the bigger and better, the more they tend to have. Aspiring to “excellence”? Get yourself some medievalists. We’re very cheap, compared to other academics. We can also explain what “excellence” means, and why, and how it came to be, and why these are useful and important things to know.

[2017 edit to update] The same goes for other words. Such as “innovation.”

The next time you need some deep complex analogical thought, some close reading, some heavy-duty reading, and what might look to others like lots of research: come and ask us. It’s probably light and light relief compared to our usual scholarly “work-work.”

After all, we philologists were and continue to be the other lot of people who get used for diplomacy, decryption, and high-level analysis. And have been, internationally, since the days of heralds. We are fortunate that in today’s world we can serve others in ways that are less monastic and military than they used to be; more human, for us and for those with whom we work.

So happy rest of the Medievalist day, here’s to the next one and many more to come, and to more Medievalism in everyone’s lives. We’re a huggy embracing lot: happy to welcome others into the fold, as nascent or budding or honorary Medievalists. Medievalism is for all, not just for [official, formal, current] Medievalists. 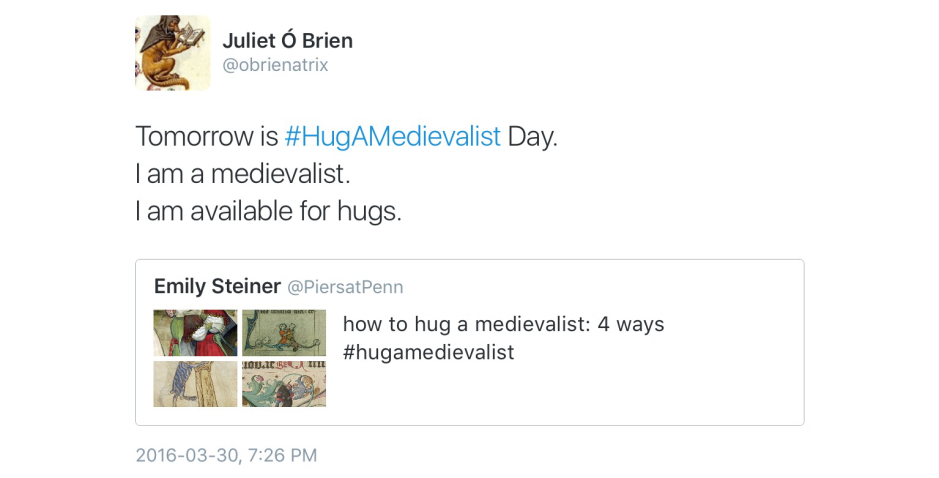 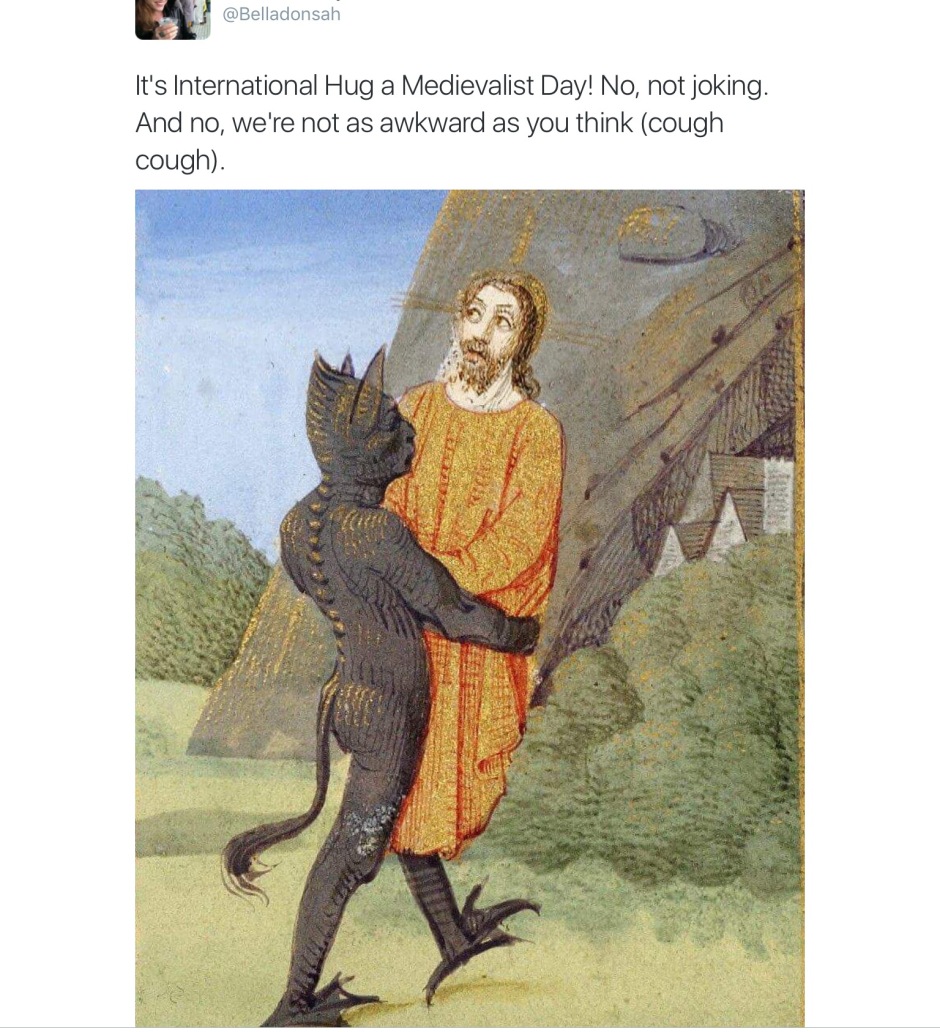 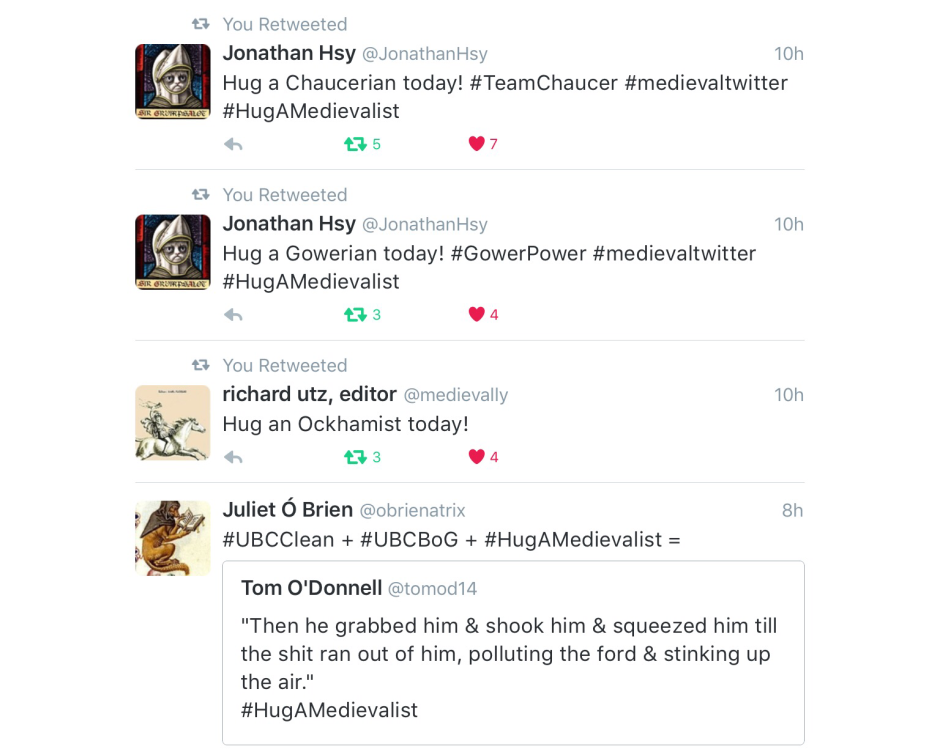 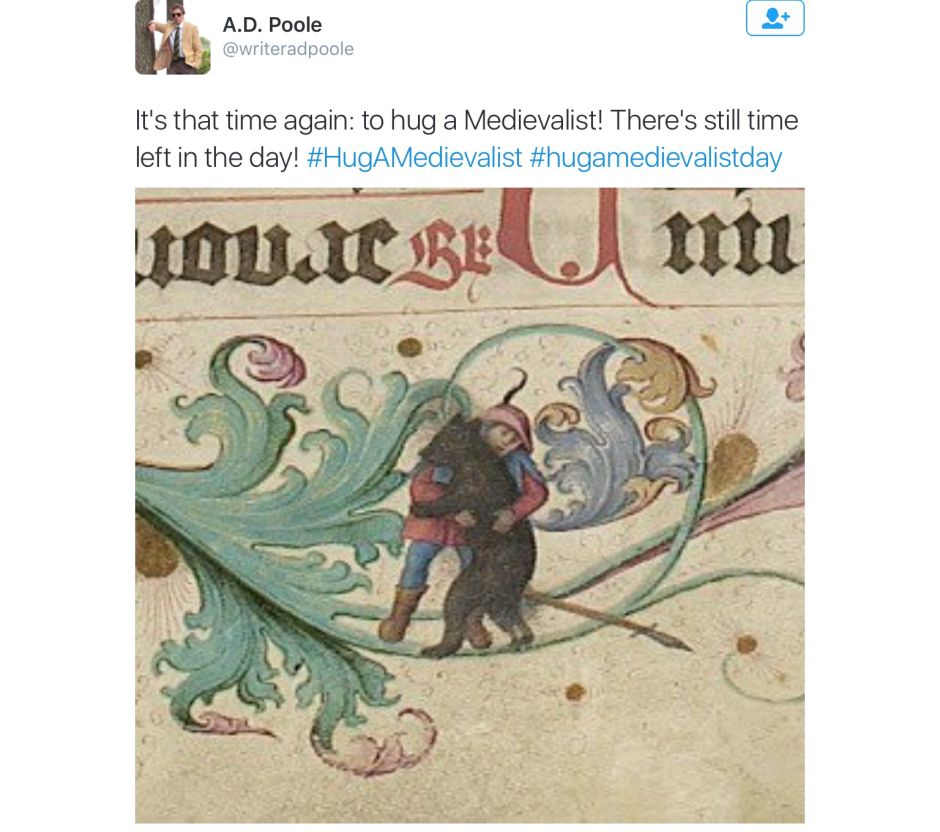 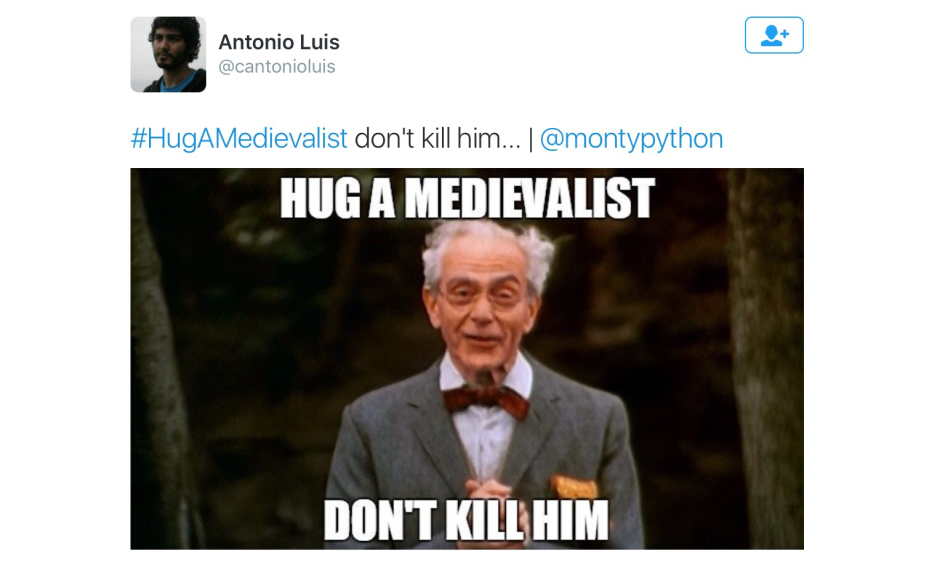 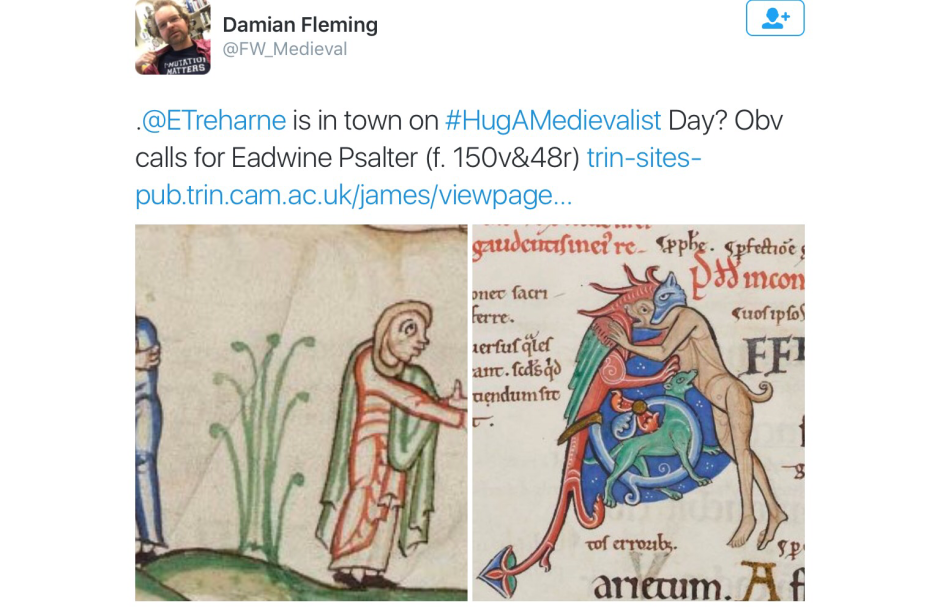 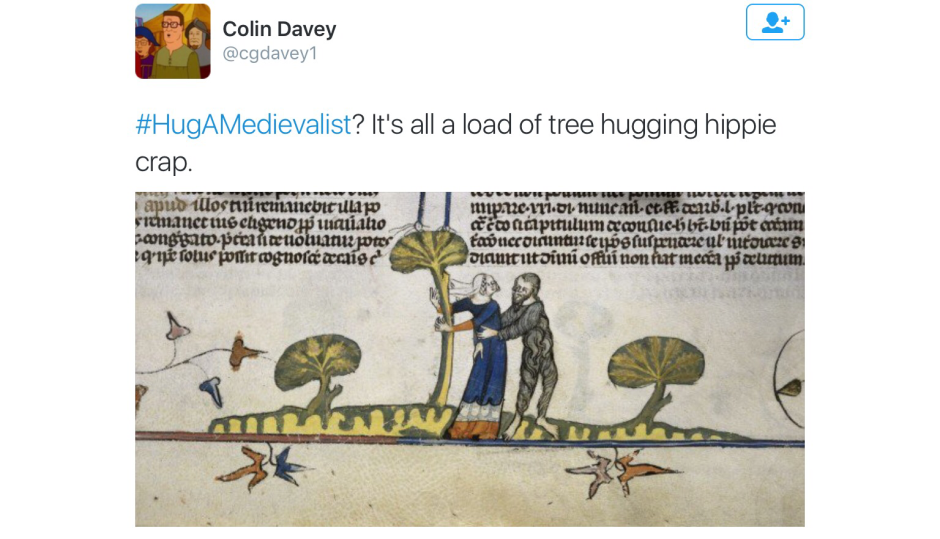 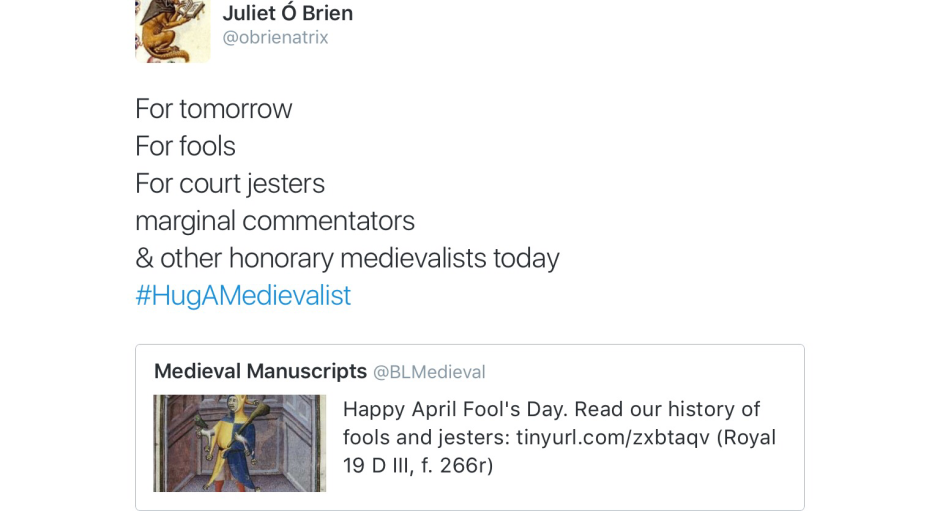