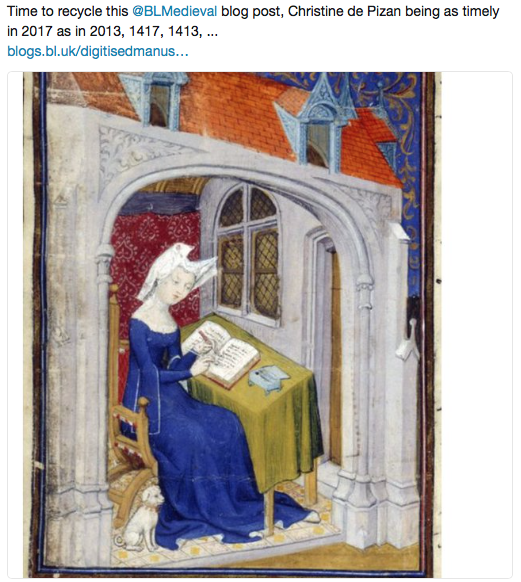 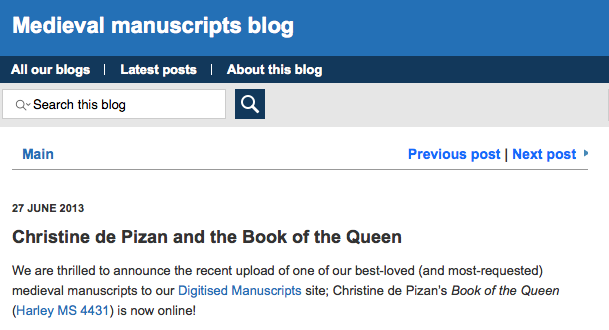 It is, as ever, horrifying to see how the hate-mongering religious right has perverted Joan; see the hashtag jeannedarc for example 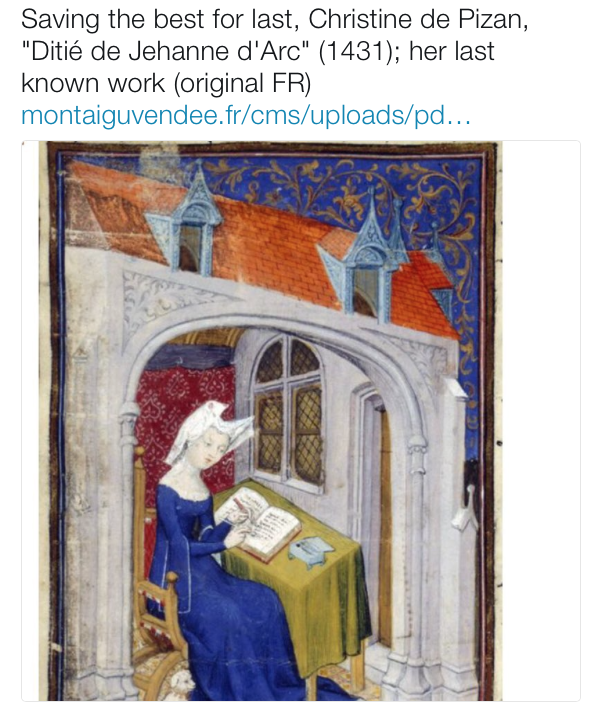 The other tweets in that sequence were screenshots of the aforementioned Middle French text and English translation, side by side. (The NEXT POST on this present blog will tidy and jiggle them into a tidy facing-column text.)

And then I had a look at manuscripts, thinking that if I were to put together that free online text and translation, it would be sensible to have at least one of the manuscripts side by side.

This—Joan of Arc’s day and my own birthday—proved to be a day of feminist annoyance (also birthday treats including a splendid dinner thanks to The Beloved).

Conversation about manuscripts and their descriptions carried through to 2 June:

I really was grumpy. But these helped… 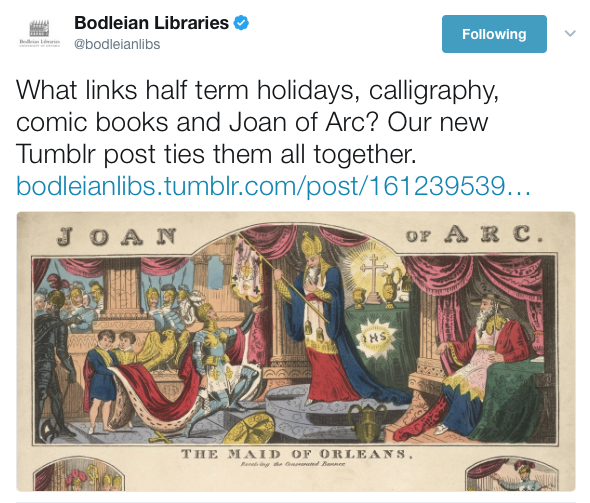 “Since the advent of The Post-Ironic Dictatorship Of The Post-Proletariat in the USA, there’s been a certain resurgence of interest in—and a renewed appreciation of the eternal timeliness and relevance of—the allegorical, the apocalyptic, and active women; writers, makers, and shapers. It’s not all about The Handmaid’s Tale; I have a sense that Christine de Pizan may be having a resurgence. Renaissance. Renovation. Consider this a tip-off on trend-spotting, cool-hunting, and innovation. […]” 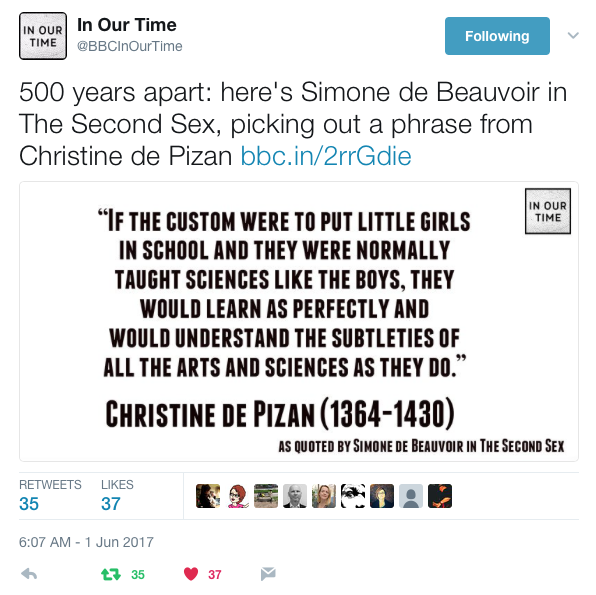 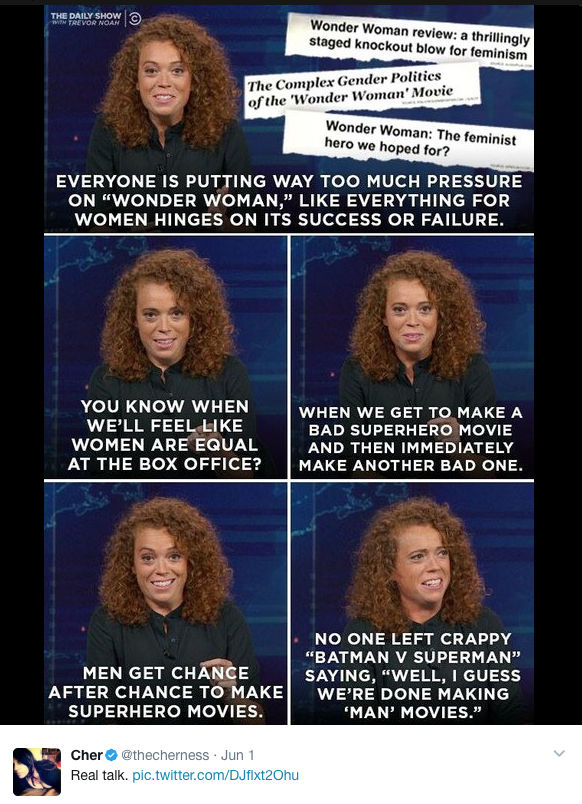 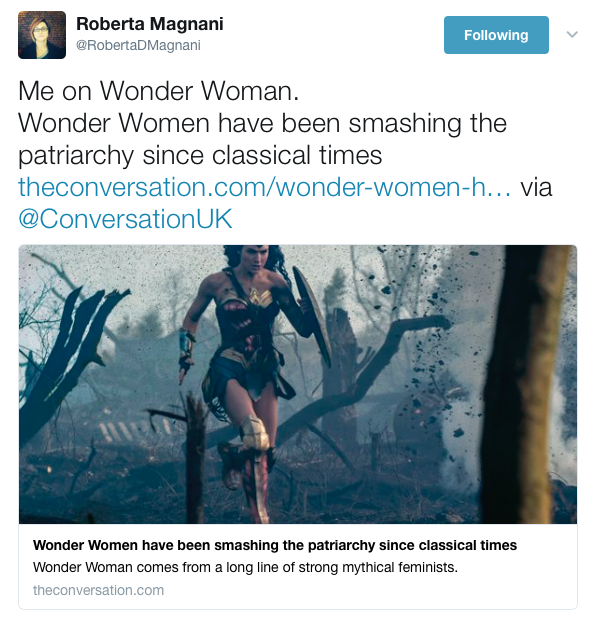 (Medievalist must-read by a medievalist)

Here follow three points from which #Christinedepizan might have told of Hippolyta and Wonderwoman, in this imaginary continuation…

Épistre Othéa 15, where we meet Penthesilea as the theological #virtue of #Charity (@BLMedieval Harley 4431 103v)

Zooming in, there are several Amazons who could be identified as Hippolyta…

Zooming in (noting Diana in the sky; also a pre-superhero), we can place a young Wonder Woman among the wondering women readers / conferring study group (remembering that reading and learning are superpowers, and associated with true knowledge via the Lasso of Truth) 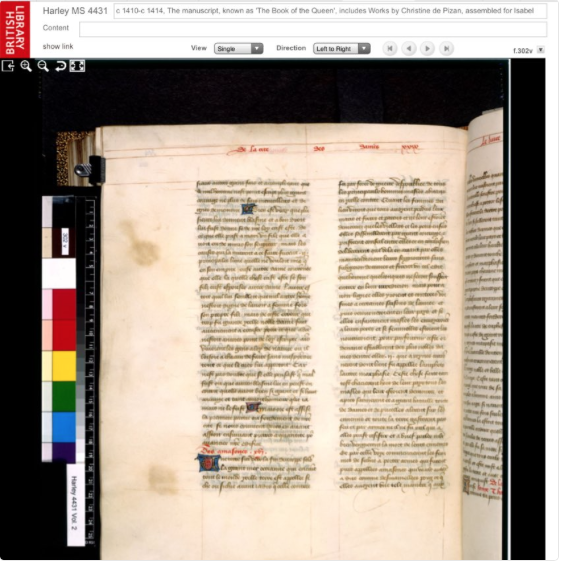 is discreetly protecting women. Then (600 years ago) as now as, in the imagination, for ever. 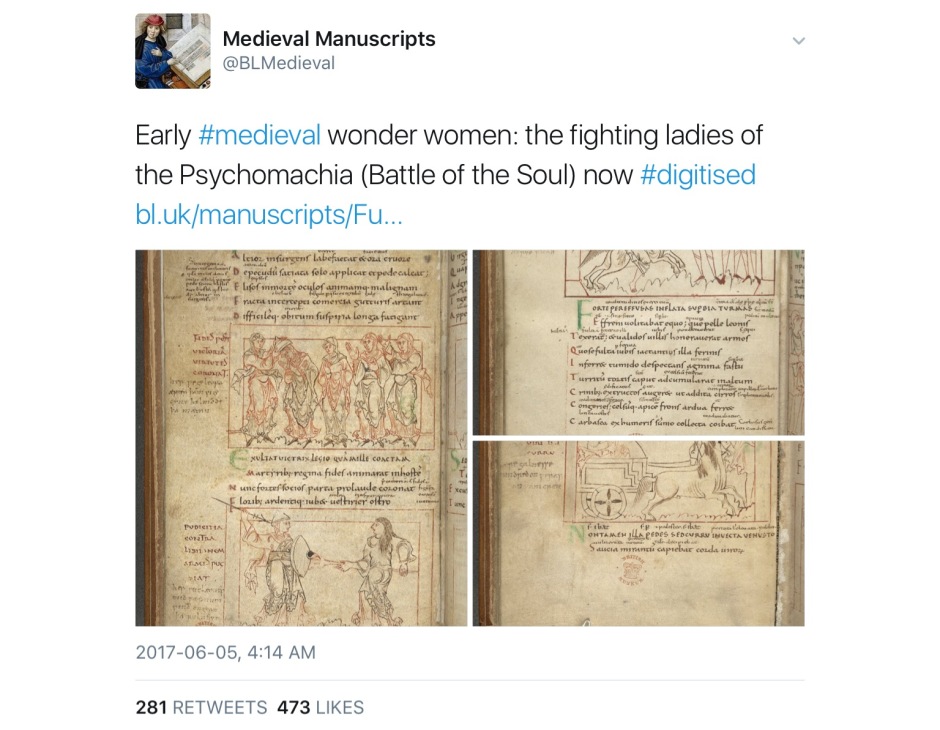 NEXT: the Ditié de Jehanne d’Arc in a parallel text version, copy-pasting freely available text and an old translation from online, where my sole contribution will be formatting. (I may do some tidying, in this upcoming version or later, as the translation has some Moments. As do they all, and who would have translation be otherwise? It would be a joyless inhuman flat grey thing.)