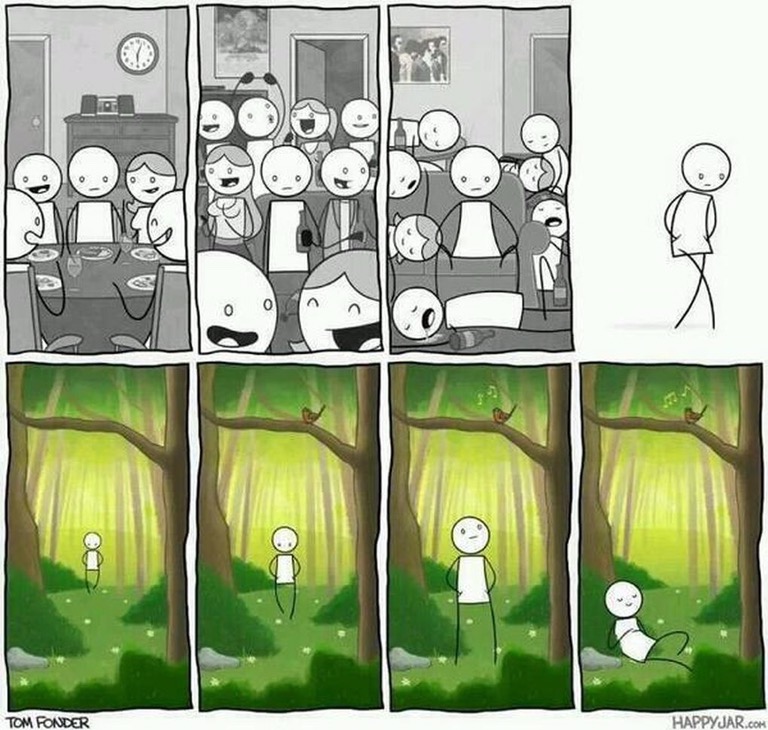 An admission: I don’t really like exams, and I really don’t enjoy having to invigilate them as that means watching people suffer. Here at UBC, in lower-level undergraduate courses we are stuck with obligatory final exams worth at least a certain percentage of the final grade (and another percentage for work done under controlled conditions, be that as exams or in class). I’d rather that exams, like much else, were more like the image above. And less black-and-white; more green, with birdsong…

This term in summer intensive beginners’ French (language & culture) stage the second, due to there being one single section and only one person teaching it (myself), I enjoyed some liberty in experimentation. Nothing dramatic. Yes, still limited by practicalities: still twice the size of class it ought to be for a language, let alone for a summer intensive. Yes, still stuck with that final exam.

Novelty the first: a take-home open-book midterm exercise in lieu of a “proper” traditional in-class midterm exam. Provided electronically, with options of submitting it electronically in return or printed out or printed and filled out by hand. Student comfort was as much a concern as my own convenience (and actually, I don’t mind anyway; so why make other people’s lives more uncomfortable for no reason other than playing puerile power-games, when one could do the opposite?) This exercise was of the same format as the final exam (but different content) and harder, with more points going to work that required thought, analysis, and the expression of opinion. Nothing is ever guaranteed to be cheat-proof, but making something into more of an independent research exercise, with some individual self in it, and giving the double leisure of more time and one’s choice of comfortable venue… well, I like to think these things may help. Or, rather, hinder (cheating). But help make this a more intriguing, if not maybe even enjoyable, exercise.

For the composition topics (the other prior parts = grammar, reading comprehension, short-form writing in response to an open-ended question or two…) there was a choice of options. Some of these options were MEDIEVAL (yay), including two images that I had just used in my ICLS talk the day before the midterm was sent out. Under half the students chose the medieval manuscript illuminations; and these included the best compositions. 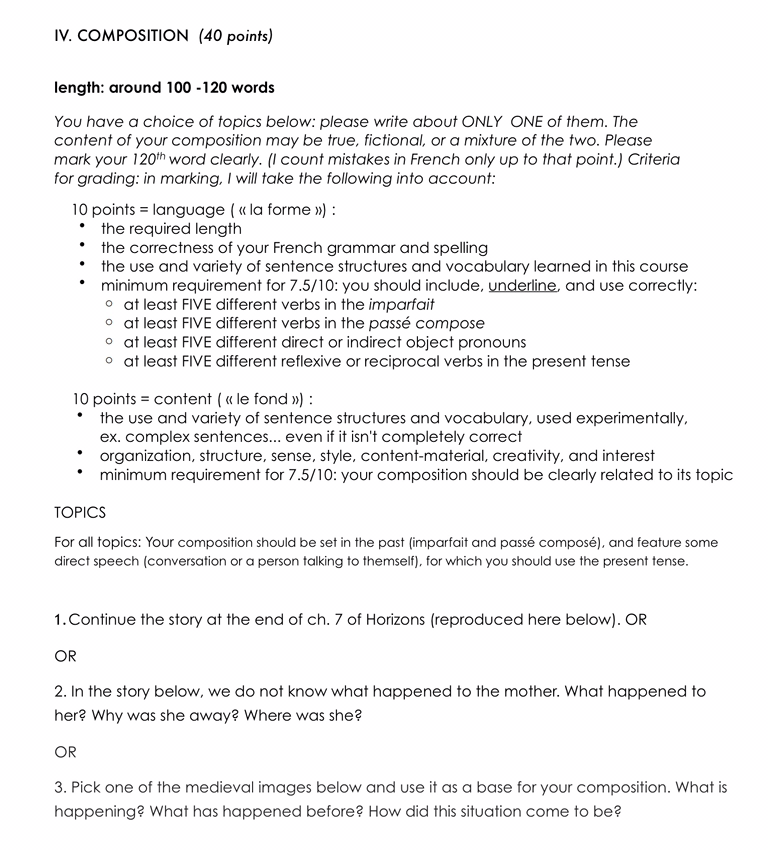 Novelty the second: on my return from ICLS, following up on a possibly somewhat inebriated bet with colleagues there, I taught my next class sort of kind of medieval-style. Ish. This may have been an opportunity for more commentary than usual on the textbook—not just glossing, of course; these are intelligent thoughtful adult learners; exegesis and critique–and all survived.

Novelty the third: the final exam repeated the midterm’s compositions based on images. There were, again, three topics; one of them with images: but this time one image was medieval and one was modern. Similar parameters, with some more grammar: 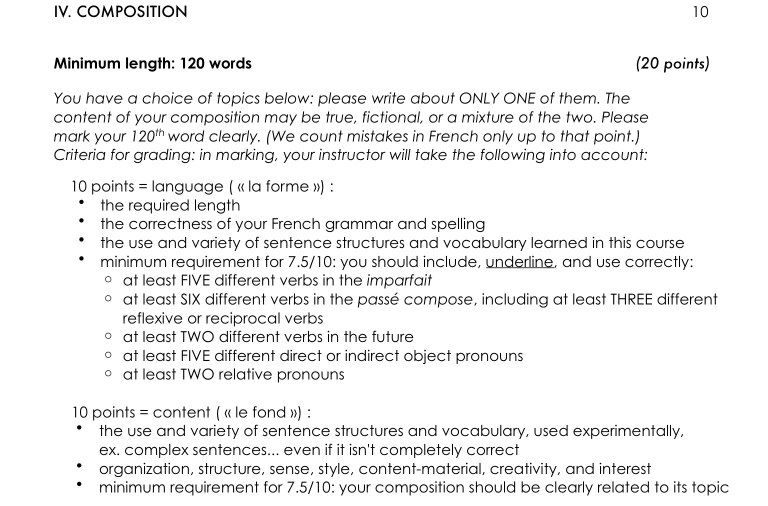 Obviously, I won’t comment on individual exam scripts or which topics were written about better; that would be inappropriate before all marking is finished and final grades submitted… What I can say already though is that the medieval image was the most frequently chosen topic. In this class, statistically, we can declare that the medieval is officially a majority and popular. By choice. That makes me a happy medievalist, and gives me hope. Thirty students have been exposed to medieval things, some for the first time. They are more medievalised than they were seven weeks ago. If even one student chooses to take just one course with some medieval content in the future: that’s even more brilliant. If one Gets Medieval and Goes Medievalist at some point: fabulous. Every medievalist counts. Every fledgling matters. Any student is a possible prospective medievalist: maybe not now, maybe not for some decades, but they could be.

Some more on hope, from yesterday too: 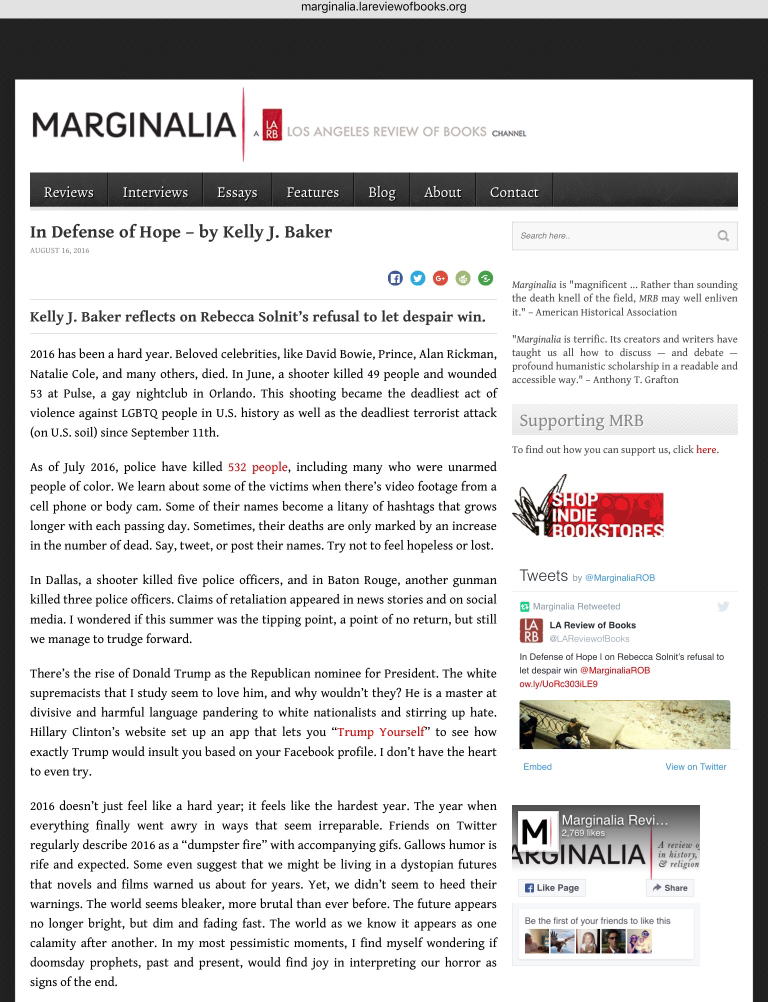 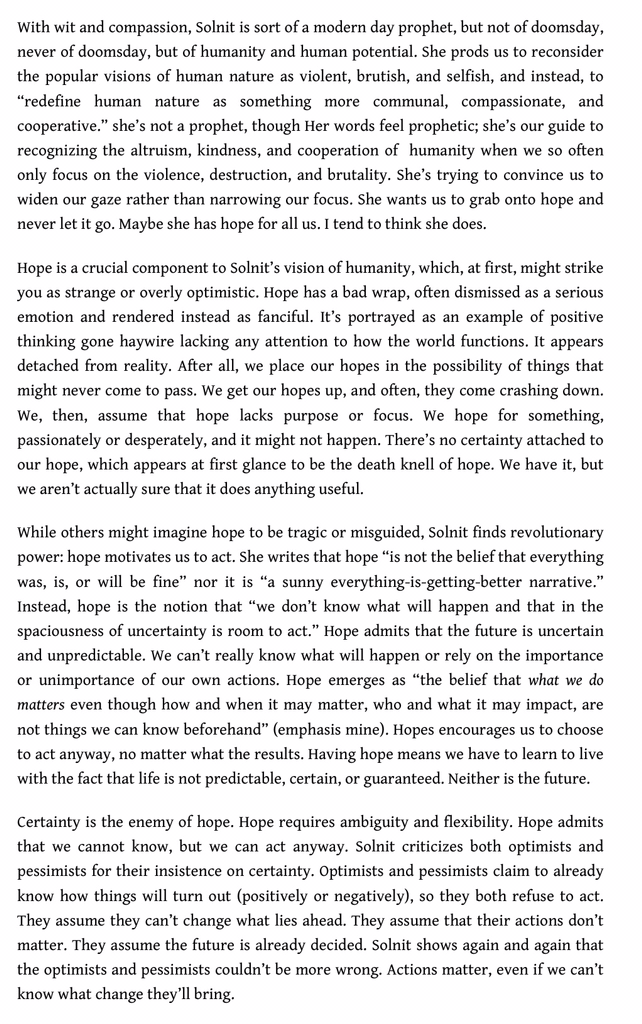 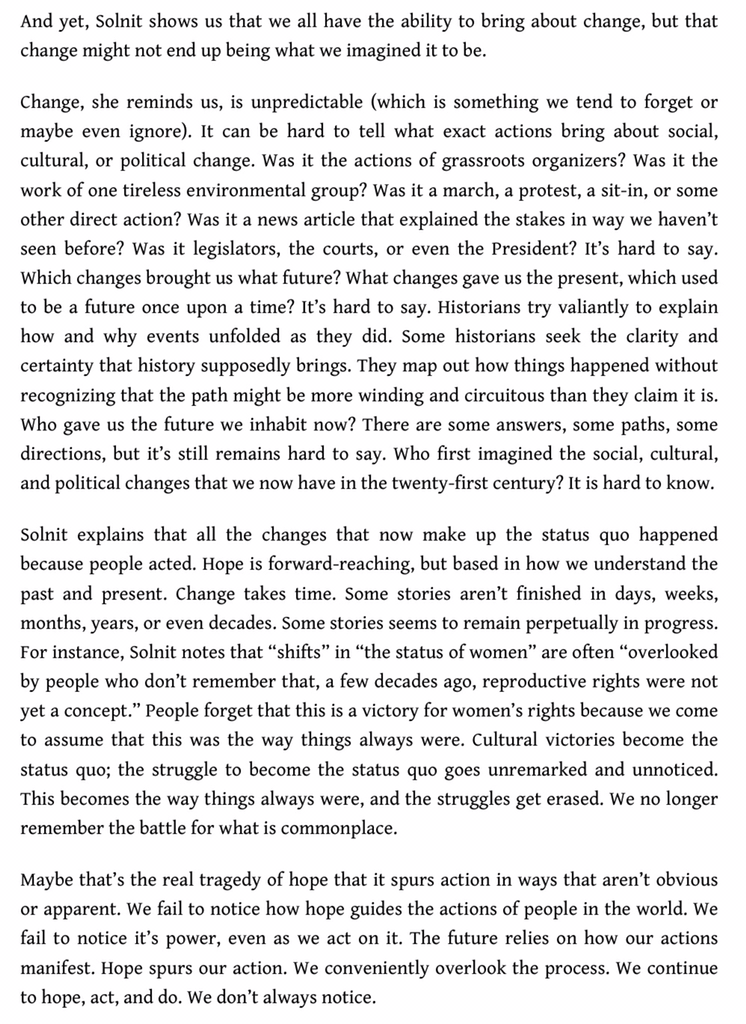 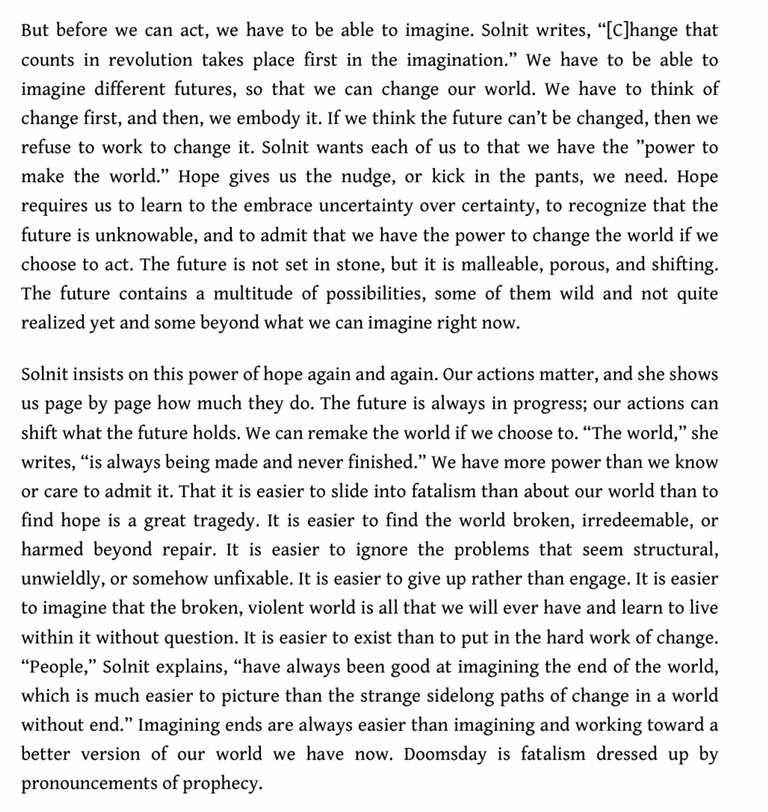 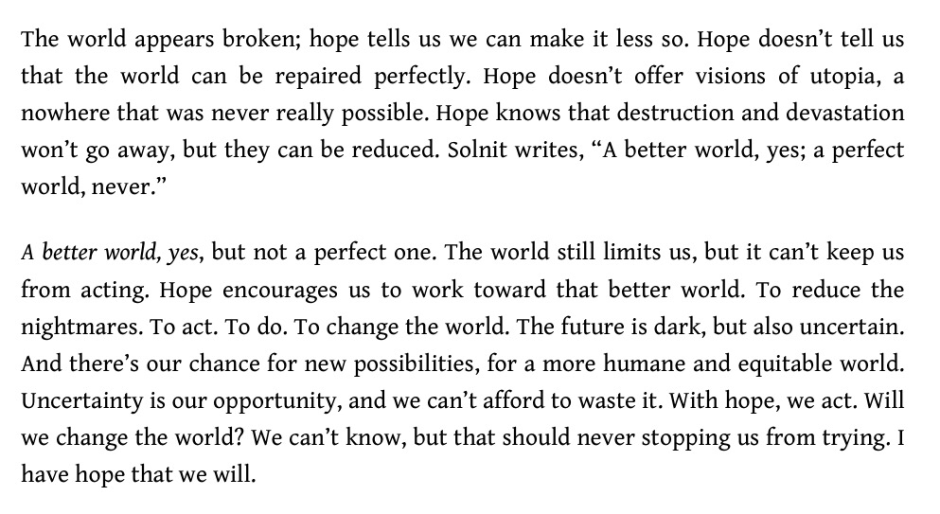 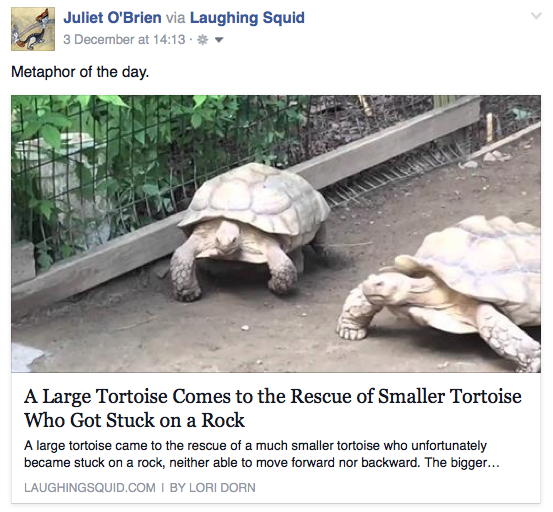 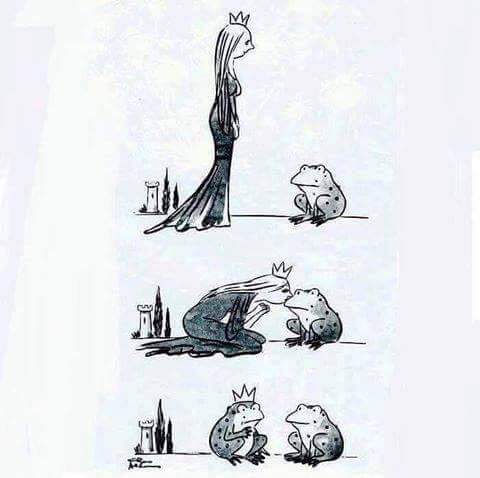 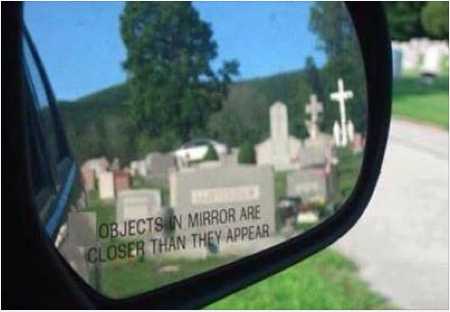 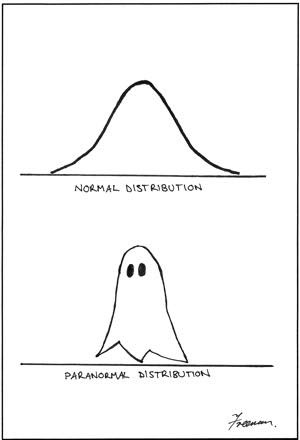 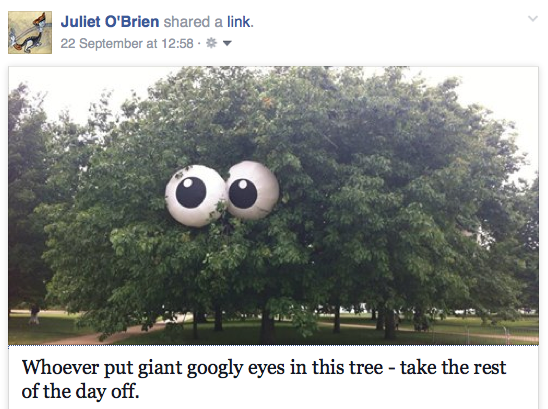 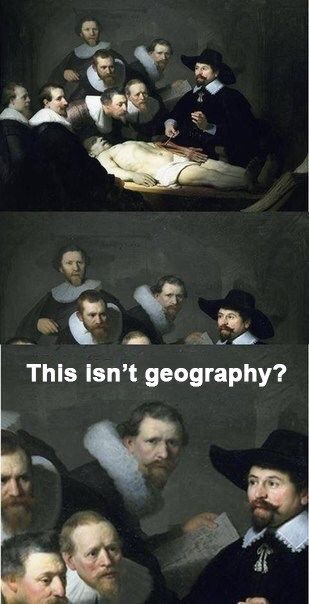 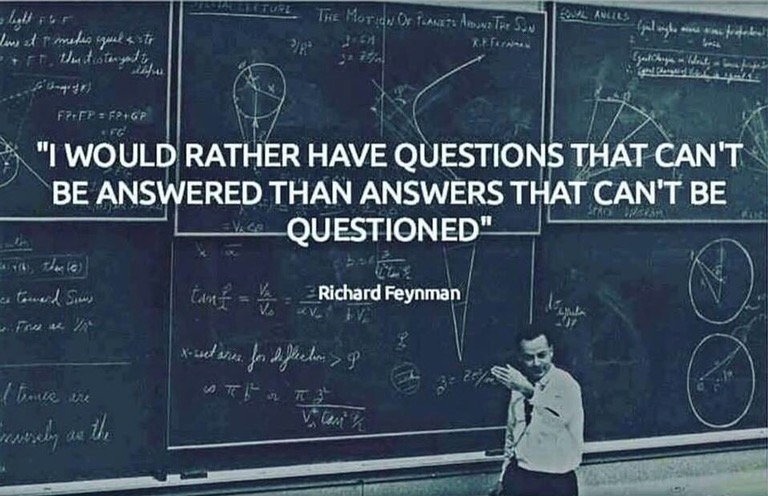 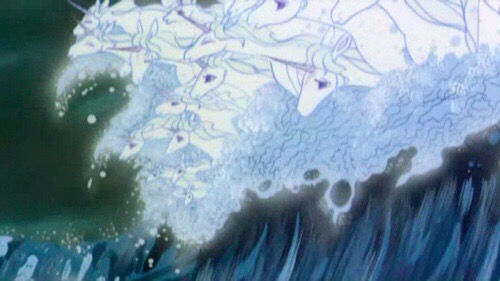 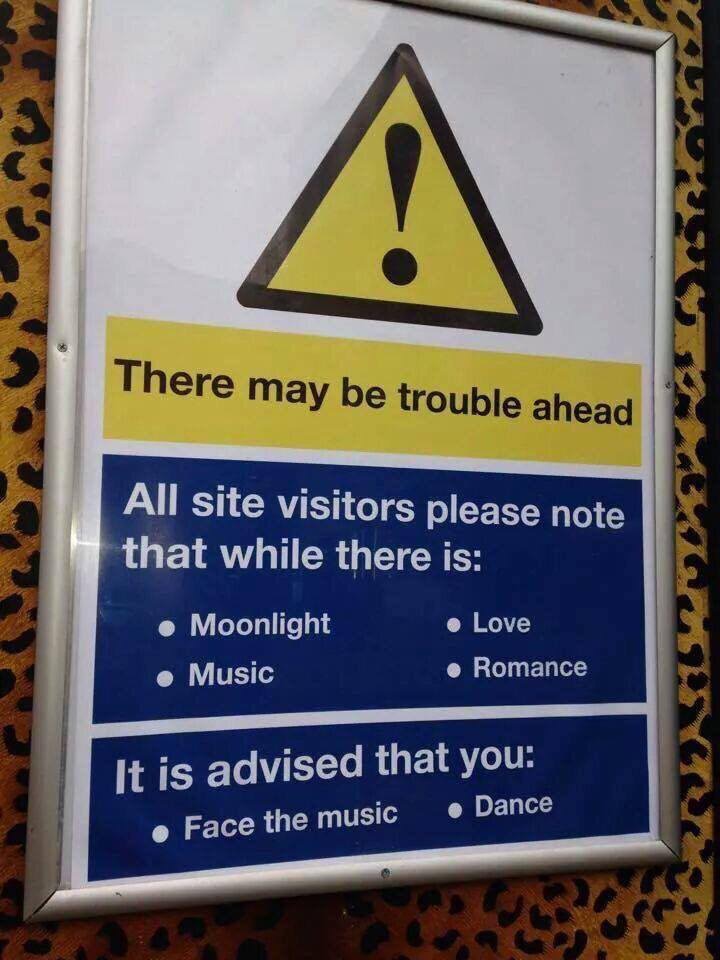 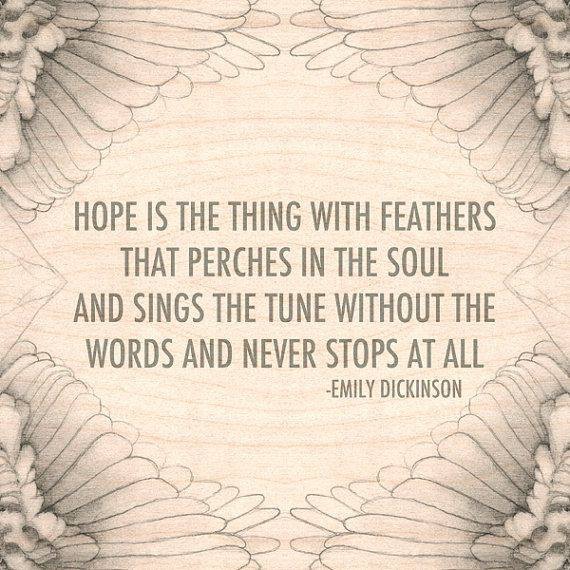