My FREN 101 students have their first Big Scary Written Composition assignment coming up. These are for the most part absolute beginners, with some false beginners, and they have now had six and a half weeks of French. So they’re ready for the Big Scary stuff: being beaten with a big stick and having the Fear of God put into them about The Perils Of Plagiarism.

We all know it sucks because it’s theft, lazy, mean, horrible, despicable, immoral or amoral, insulting, reprehensible, and generally makes anyone who is themselves a maker of things prone to fits of pique, unhealthy stress, and the physical agony of resisting the atavistic urge to punch perpetrators.

It sucks less obviously because The Fear discourages students from any form of reference, and encourages their Academic Spirit Guides and other Learnership Leaders to give students assignments that suck because they’re either all about citation (with extreme examples in courses on “academic writing,” whatever that is) or they try to avoid it altogether.

All three Styles of Suck force an ugly unnatural divide between student writing and reference to others in a way that is bad for writing, reading, thinking, and intelligent being.

A few years ago, my institution went through one of its regular cyclical obsessions with intellectual property. All institutions do. There was a wave of fuss and worry about plagiarism: was it on the rise, was it worsening; nostalgia tropes about decline, decay, and the awfulness of the youth of today; the necessary other face to the rosy Fascist cult of youth. That was also a year in which copyright was a hot topic here in Canada. In the spring of 2012, UBC joined the Rebel Angels who withdrew from Access Copyright when the latter upped their fees in a rather extreme manner. The matter had been brewing since earlier in the year, alongside changes in copyright law itself (including a major Supreme Court case) and definitions of fair use.

People, including intelligent people who are good readers, didn’t understand what was happening legally or couldn’t follow it. Ignorance led to worry. People got into what might be called “a bit of a tizzy.” Amongst colleagues and in the general climate, this all translated to fear, neurotic anxiety, paranoia about conspiracy and repression, 1 and occasional full-blown hysteria. These were trying times. While I loathe and despise bureaucratic form-filling and grant applications, I’m cool with actual law and legalese—my first post-secondary incarnation was as a law undergraduate (I was crap, due to personal uselessness at remembering cases and political hatred of land law)—and quite happy to read small print and try to make sense of it.

It’s reading, close reading, plus interpretation and commentary. It’s text made out of words, something that we literature people deal with all the time, and we medievalists deal with much more complex and difficult instances.

The sense of doom and gloom and panic went back to at least summer 2011, when I was deciding on the topic and reading for a Medieval Studies course I would teach in spring 2012 and writing its description.

I decided on CRITICISM.

This was itself of course a critical comment on what was going on. (I tried not to belabour that point; made somewhat easier because I was teaching this as a medieval course, which as ever meant teaching about metaphor and allegory.) It was also a course on and about healthy scepticism, questioning, interpretation, comment and commentary, and the satirical and sardonic.

It moved away from the traditional essay and research paper, to have students work with literature creatively as integral participants in a larger creative cycle. To see “literature” as not just being a fixed text with clear-cut borders around it, fixed in space as a physical bookish object, and fixed in time at the time of its composition. Fluid boundaries, flow between parts and participants, interaction of textual layers, in organic mouvance, within a larger ecosystem. Moving students towards thinking about creativity and about their own reading and writing as creative work and as part of a (literary) text (and literature itself) as a continuing living breathing thing.

This, for example, was an important image:

I wrote a lot about criticism and commentary for that course, because those were the main forms of writing that students were doing and because of the intellectual property / copyright / anti-plagiarism hoo-hah. The original version is here. Aside from the blogging portfolio, assessed assignments were fairly traditional and I used old-fashioned safe names for them (midterm paper, final paper, final exam). The final exam was open book with “book” defined to include anything that a student had added to their book and that had now become part of that/their book and here’s what that exam looked like.

Were I to teach this course or something like it again, I would include that book they made as a final product, perhaps to be presented and discussed in an interactive final exhibition session. Like a poster session but with books and other forms of text on nice plinths covered in velvet in voluptuous tones, with mood lighting, curtains, canapés, and cocktails. (I can dream.) Another course that term went a bit further in making mischief with assessment and blurring the line between learning and testing, work and play, interpretation and creation.

So I’m thinking that it’s never too early (or too late) for students to start thinking about reference by doing it; to get into good research practices, but also to think about what they’re doing when they’re referencing and when they’re writing, to see how these two things are connected, and to figure out how they’re both part of learning in a fine long tradition (in common to local BC First Nations and to the medieval Old World) of learning-by-doing.

Some people use fancy fashionable terms for this, like seeing such “task-based” “activities” (heaven forfend one might call this or consider it an “exercise,” because such persons have forgotten where that term came from and all the allusive historical weight it bears) and part of “experiential learning.” In my case, I’m starting with individual words—because it’s also never too soon to start playing around with the joys of philology—and with getting students out into the world, moving through perceived boundaries between university work and life and world(s) outside, into that wonderful space of otium negotiosum.

A practical example would be that first homework composition for FREN 101. It included the following options:

Describe an object in one of the following UBC locations; all are free to our students. Please include a photo:
• the Museum of Anthropology
• the Beaty Biodiversity Museum
• the Pacific Museum of Earth
• the Morris and Helen Belkin Art Gallery
• the Nitobe Memorial Garden
• the Botanical Garden

A short conversation in a cafe in Vancouver. Participants should include at least one object from a UBC museum/garden (ex. you interview the object or it interviews you).

Here are the topics in full (do use if useful) along with all the parameters and the anti-plagiarism bells and whistles … which I’ve never yet had to ring or blow, to return us to suckiness …

There will be at least one other piece of work, for these students, on reference itself; plus meme-creation.

Sceptical St Lucy of Syracuse is sceptical. Patron saint of writers, readers, and the blind, inter alia; not (yet) the patron saint of memes, but as Paschasius would have said, “she’s asking for it.” (Francesco del Cossa, San Petronio, Bologna: 1473).

Lastly, here is a fine example in other recent news of referential play and creative textual work, with flow between media and derivative ingenuity:

Definitely using this one for a creative writing exercise, it’s crying out for it or would be if the poor thing had eyes. Could be placed together with Lucy in a story about the adventures of roving eyes?

I’ve been joking around with friends about submiting grant applications to buy this so as to work on and with it, the main barrier being the hefty price tag (and, being virtuous, one would have to ask for more so as to donate at least an equal sum to fair labour organizations), at least as an “experiential” exercise in creative commentary. A group of us could buy one scarf, pass it around, and express our resulting reflections as compositions that could be collected together. Images, text, audio, video, performance, situationist art, parody, pastiche, burlesque, theatre, storytelling of all shapes … 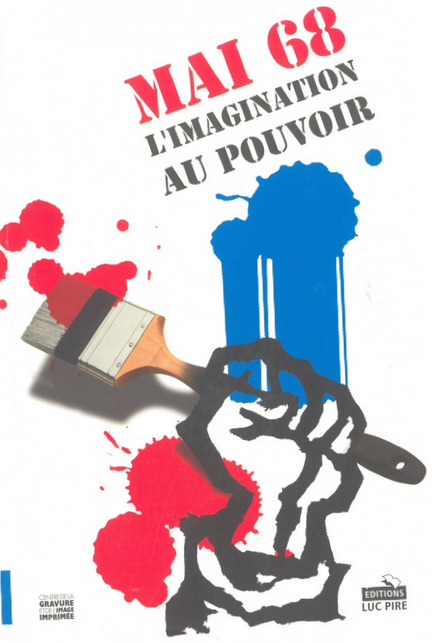 Reference: Matthew Inman. “Having a Baby vs. Having a Cat.” The Oatmeal (2015). http://theoatmeal.com/comics/baby_vs_cat.

The tantalizing start, which you will probably recognise…