One academic year (2014) ended at the end of April, a second (2015) began a week or so later. I didn’t have a sense of a break between the two. For the last two years, our interrim department head has been doing end-of-year sessions with all faculty, which I’ve liked: a short but intensive leisurely chat, intended to reassure and give some sense of what one has done in a year, what one plans for the next year, and looking at what’s positive and only at what’s negative in terms of how it can be improved on, feasibly and realistically, in the coming year. I’ve actively enjoyed these meetings and felt them to be of great benefit. When I’ve worked outside academia I’ve had such meetings as a regular normal thing, as do most “outside” people I know. They give a sense of closure to the year, of a ritual patterning end that parallels the Grand Compulsory Meetings of the beginning of the year (that is, its main winter session) in September.

The end of the year also means submitting assorted paperwork. Many faculty in many institutions have to complete similar sorts of forms, with varying extents of administrativese. Some of my Annotated CV will look a bit different as I’m in the “Educational Leadership” faculty stream (a.k.a. teaching, rather than research). These forms should be FIPPA-able and open to public scrutiny, as my university is a public one. I’m attaching the PDF here (slightly redacted), because there is no reason not to and this is a public forum. Some of my salary comes from tax-payers, and they have a right to know how their money is being spent, and to know that I am grateful for it and regard their giving it not as a right but as a priviledge and a responsibility. I mean “priviledge” in its proper sense; not in the perverted sense of “entitlement.” “Entitled” is the exact opposite of what people in public service should be.

I have Issues with what I’m doing, or supposed to be doing, or aiming towards, being “Educational Leadership.” This stream used to be called “teaching stream” plain and simple, which made sense. There’s either a tautology or a contradiction in [ex + ducere + ducere], surely? Philological finanglings aside, my main objection is as a good gynarchist; anti-phallogocentric, Viagra-Paradigm-despising, anti-capitalist. My secondary one was as an archimimocrat, but I may have to change my perception of archimimocracy with the advent of the new force for good, in British politics, that is the Women’s Equality Party under the glorious leadership of one of my favourite archimimotarchs-in-waiting, Sandi Toksvig.

When The Forms To Be Completed were first sent out in Missives From On High–nicely mediated as ever by our lovely department administrators ♥♥♥, who added at least a preambulatory sentence to temper the main message–I contemplated turning the whole business into a fun friendly game, amongst colleagues here and friends in institutions elsewhere. I’d thought about this for a while; as discussed with friends like CN and VD when we were hanging out at the MLA in Jaunary this year. I completely forgot to send around the parody Meta-Memo to colleagues and friends, due to overwork last term and assorted illnesses, which fed off each other in a vicious circle that ended up with a mini-breakdown in early April.

That’s something I didn’t add to my Annotated CV. I did have great talks with my head (GP, bless you) and a couple of colleagues (AS, you are a saint; SG, JC, thanks for support), and came out of the whole grot feeling happier, better, and with restored faith in humanity and love for my colleagues: as people who love their work, the same work that I love, and as splendid human beings. I wouldn’t advocate overworking and getting ill and over-over-working to compensate and getting more ill and eventually breaking, not even as a way to valuing your colleagues. It’s nice that there was that bonus positive result. I was lucky that this was only a “mini-break” (alas, not sponsored by a cheap package vacation company) and that I didn’t end up hospitalised. By a hilarious coincidence, it happened shortly before Mental Health Awareness Week. I was sufficiently Aware at the time that it would be grossly inappropriate to comment on how hilarious I found that; not everyone appreciates north-west British Isles dark humour. Could have been in worse taste, though.

An example of good taste.

In case it is useful for other people going through similar things, or who have been through them, here is what I sent to students (excerpt):

The following information is irrelevant to your course and your individual work and, indeed, to you. If this is all “tl;dr” that’as fine, I understand.

As you know, I have been ill off and on all term (and indeed all year). I don’t have to tell you this but I prefer to be open about such things. The combination with work-load meant that, as you also know, I have been behind on marking all term. I thought I would be able to catch it all up in the last week of term and the week after. Over-optimistic. The addition of other work in that period, plus [other stuff], meant that I was unable to catch up. Worse, I was overwhelmed by the backlog and could not cope. I spent much of last week in meltdown and possibly some kind of breakdown.

I have seen my department head and will be seeing my doctor and a psych/mental health person next week. While I am usually fairly resilient, there comes a time when one needs help. I deal with these kinds of episodes, and ongoing conditions, with students all the time; we all know that issues of physical and mental wellbeing arre part of life and not to be stigmatised. You probably have friends and know fellow students to whom such things have happened; they may have happened to you. They happen to faculty too. We are all human. That is why I’m writing this to you now.

Over-sharing over: the marking backlog is still there. I will be marking through today and tomorrow and Sunday morning, so that on Sunday afternoon and Monday morning you will be able to collect your marked work.

If you come to see me today, I will not be able to give you all your marks. I will not be able to return all of your work to you, because I have not marked it all. Some has been marked, some I will be marking today, some later. That fact cannot be changed. Marking of anything to do with language takes time (and thought), and has to be done with all papers on a given assignment together, in the interests of equity, fairness to all the students in the class.

What I can do, however, is to go through your work with you to show you where you have any regular patterns of errors (if any) which pinpoint an area of French that you should concentrate on for revision. We can make a photocopy. You can take notes. This will be helpful. 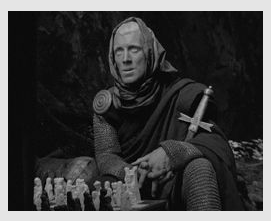 One important factor behind the mini-break is A Big Break-Through Of Revelation on the teaching front. A major part of my over-work was marking. I felt anxiety and hopelessness faced with the sheer quantity of marking, and with the impossibility of marking it like I felt I ought to. I had been giving the same kinds of assignments to my students, and marking them the same way, and had the same expectations of them (more or less), as I did with students elsewhere. My best students here, in the courses I was teaching this year, are as good as the best students I have taught in equivalent courses at University College Dublin and at Princeton. It’s fair to stretch the best students, and to encourage them to do more. But one can’t do this with 35 students in a class, when your materials and methods are intended for a class of 12, or 15, or even 20. And one can’t do this if one has more than one such class (in my case, I had two of that size plus a third slightly smaller one last term), and if one has a lot of other work to do too: running  courses (102; plus two that I wasn’t teaching myself that term–101 and 215–the latter more or less ran itself with thanks to our wonderful brilliant lectrice this year, Solenne Cortial: watch out for her, she’s a treasure), training TAs, preparing materials for them, the advising end of coordination, dealing with students with concessions and deferrals, and so on.

Marking final exams for my FREN 102 students alone meant about 700 pages in total. That physically hurts. Even before marking the exams, I spent April with—on top of everything else—a strained / sprained hand and pinkie from trying to catch up with the term’s marking backlog. I have an old injury that flares up, a displaced top right rib and wonky neck, which mean that I can’t and shouldn’t mark for lengthy periods of time without a break (and 10 minutes of exercises), and a big trigger is marking while sitting at a desk (I’m right-handed).

This all needs to change. No, multiple-choice automatically-marked silliness is not the answer. No, I am never going to get TA markers to do that work for me. Yes, we need to maintain standards. I’m hoping that our TLEF project will find viable alternative assessments; I’m already experimenting with some in my summer teaching this term, and will be crowd-sourcing ideas from whoever wishes to share them. A standing desk helps, I need something similar for marking paper-work: music-stand, angled architect’s draughting-table?

Educational leadership achievement of the year? It’s yet to come: but by the end of 2015, I will have taught more than 1,000 students in six years here at UBC. I get the impression that The Suits like all things “objective” and quantifiable, and nice round numbers. By the end of April I had taught 954 (not counting students coordinated; add another couple of thousand probably, over the last three years). By the end of June, that will be in the 980s… so the millenium is nigh. Maybe I should award a special prize to my thousandth student? To re-humanise the dehumanised number?

I’ve led horses to the waters of knowledge. That’s surely about as much as anyone can honestly and legally do. One can neither make them drink nor forcibly make their sows’ ears into silk purses. Yet, still, geese and ganders have been equitably sauced.

Yes, students are monsters. They are marvellous exotic creatures with special powers, and not necessarily with the negative connotations of monstrosity perpetuated by myth. Too many faculty treat students as stupid dangerous beasts, or see so few of them for so little time that they are, to them, mythical beasts. What a perverted waste of the human super-power of imagination.

Note to self: find medieval manuscript image of hippogryff with splendid ears and a goosier expression. Or a horsey flying pig? This is a whole new exciting fabulous hybrid: its representation, in proper medieval style, could be a crowd-sourcing challenge. A contest?

But I digress. The original competition, as conceived back in January, is as follows: