(OK, one of the few occasions when our family crest and motto might be appropriate and snigger-proof; and I challenge YOU to Google-image-search “¡viva la revolución!” and avoid the wily snares of weirdness.)

Interesting times, as we’re in process of observing another Fall of the Wall: that of silly modern fact/fiction boundaries. Primary effect: warm glowy feeling if one is already quite into issues of art influencing life, life influencing art, and the va-et-vient / continuum / mouvance thereof. On which, see also materials in virtual circulation around I’m Still Here (ex. from Salon.com, 2010-09-10). Fingers crossed, this will lead to: more intelligent treatment of The Grey Areas That Are Normal Reality, less hysterical excitement about supposed novelties, less facile cynical criticism of anything that can be labelled po-mo as being démodé, and a general good old-fashioned Raising Of Standards. 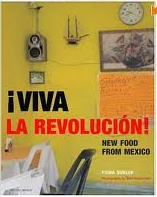 One of the more savoury Google image-search results

Back in the U of K, we’d seen comedians being courted by politicians, as one wing of “celebrity culture” (or, “what passes for culture”), for some years: notably coming up to the 1996 Blair victory. Nothing new in what happened this year, then:

Comedians having long been an active (para-/meta-)political voice, a counterbalance or an additional element in the Separation of Powers, and Sixth Estate (or whichever one we’re up to now–Medievalists are allowed to struggle with this sort of new-fanglery). The phenomenon was even noticed by the Telegraph, not the first venue that would spring to mind for Zeitgeist.

Eddie Izzard is in process of making a serious bid for power, as witness his show here in Vancouver a few months back.

Archimimocracy–as applied, in practice–is on its way. The theoretical idea is certainly active. And it’s spreading. As witness recent items on Stephen Colbert and Jon Stewart (come the Revolution, whilst Jeremy Hardy is prime contender for British President for Life, Mr. Stewart must surely be in contention for Highest Office in his fair land).

I refer you to: