Welcome to the first Tangent du jour of 2009. The following major dates might be useful to anyone planning conferences or special publications this year … and to show off: look what an astounding time-period we cover in our field! With thanks to the wondrous Wikipedia (and as ever any errors are their responsibility; swings and roundabouts). Happy 2009.

MAJOR ANNIVERSARIES
(Clicking on links leads you to the pertinent Wikipedia page.) 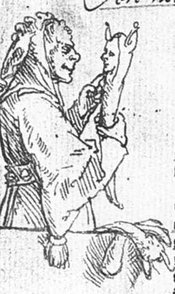 [The Administratrix being unashamedly Europhilic, internationalist, and an ardent devotee of literatures imaginative, fantastic, and science-fictionesque – she will be celebrating the writing of The Praise of Folly, hence image  (Holbein, in 1st ed., 1515); a free online version of the John Wilson translation (1668) is at Project Gutenberg.] 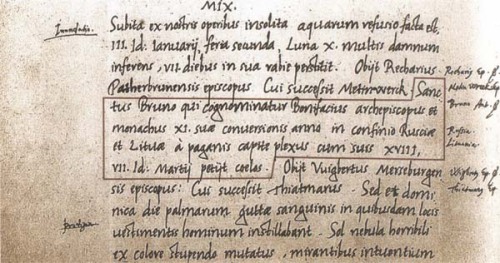 [The first written occurrence of Lithuania’s name, in the Annals of Quedlinburg.] 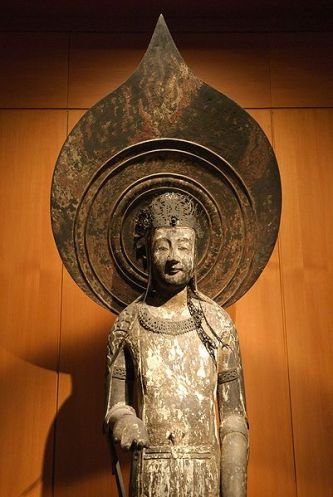 [Birth of the Emperor Kimmei: 29th Emperor of Japan, and the first to whose reign contemporary historiography assigns verifiable dates; start of the Asuka period; official introduction of Buddhism to the country (earlier recorded practice notwithstanding). Image above: replica of the Kudara Kanon, British Museum. Asuka period (ca. 552-ca. 650). Wood. Original may be from Korea or carved by immigrant Korean artisans.]

ALL ANNIVERSARIES FOR 2009
(As before, linking to Wikipedia.)

Separated at birth, or plus ça change? I thought I should add the following, being a link between one of the 1500th anniversaries and one of the 500th; emphasizing some sense of continuity extending across our broad period and field. And drawing attention to one of the fundamental flaws of writing by typing on a keyboard: one can still scratch one’s head or stroke one’s beard, but how does one chew one’s writing instrument? 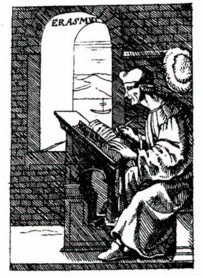 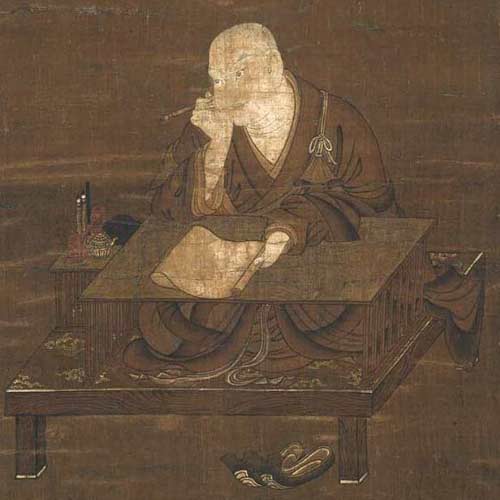