LINK to read the rest… : 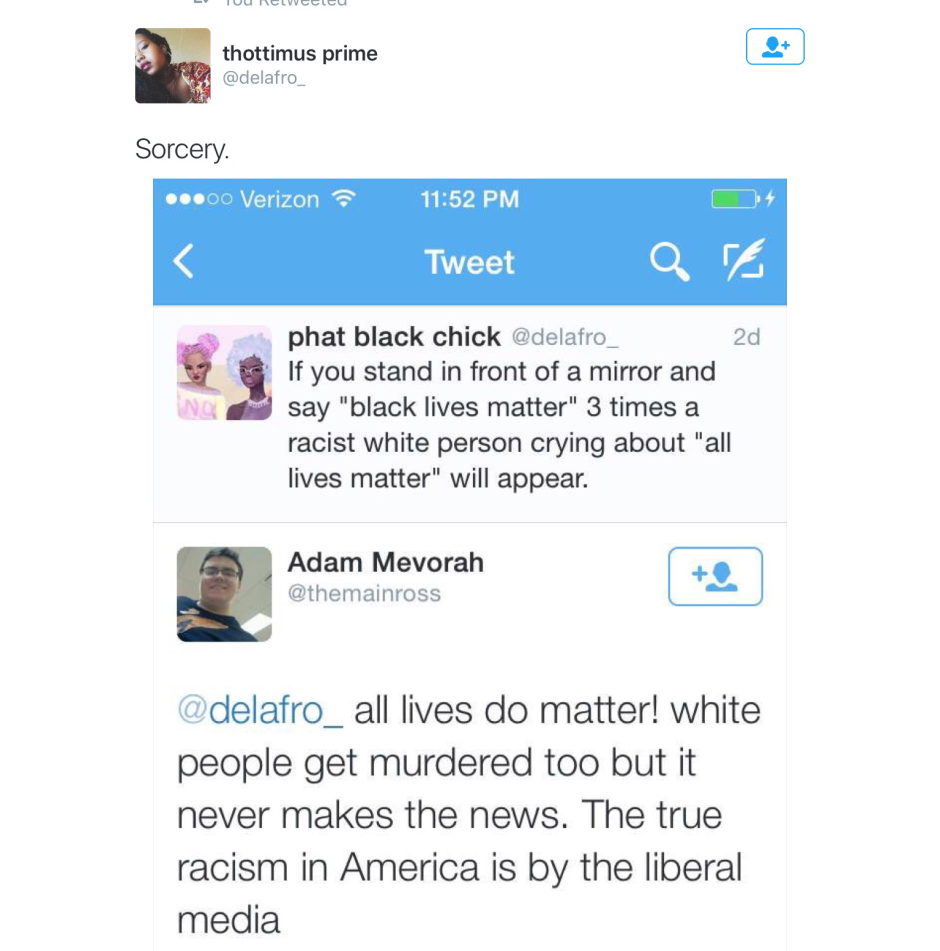 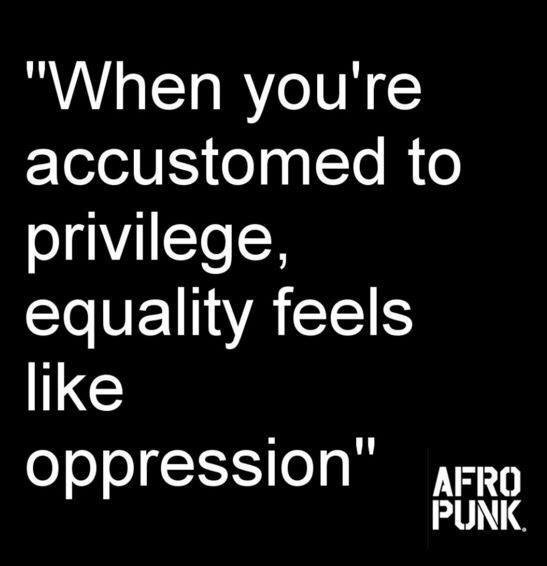 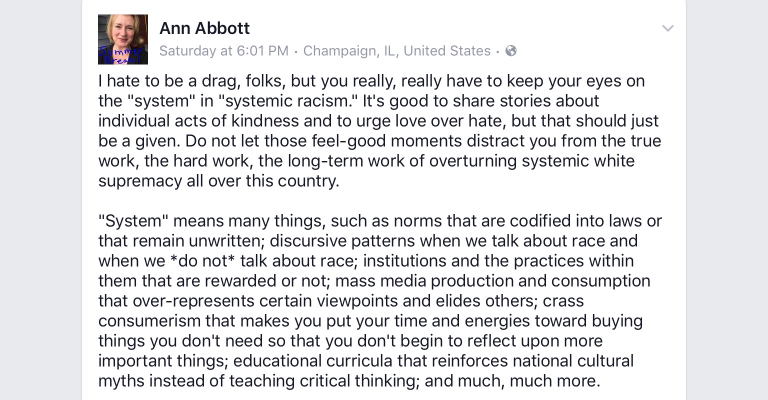 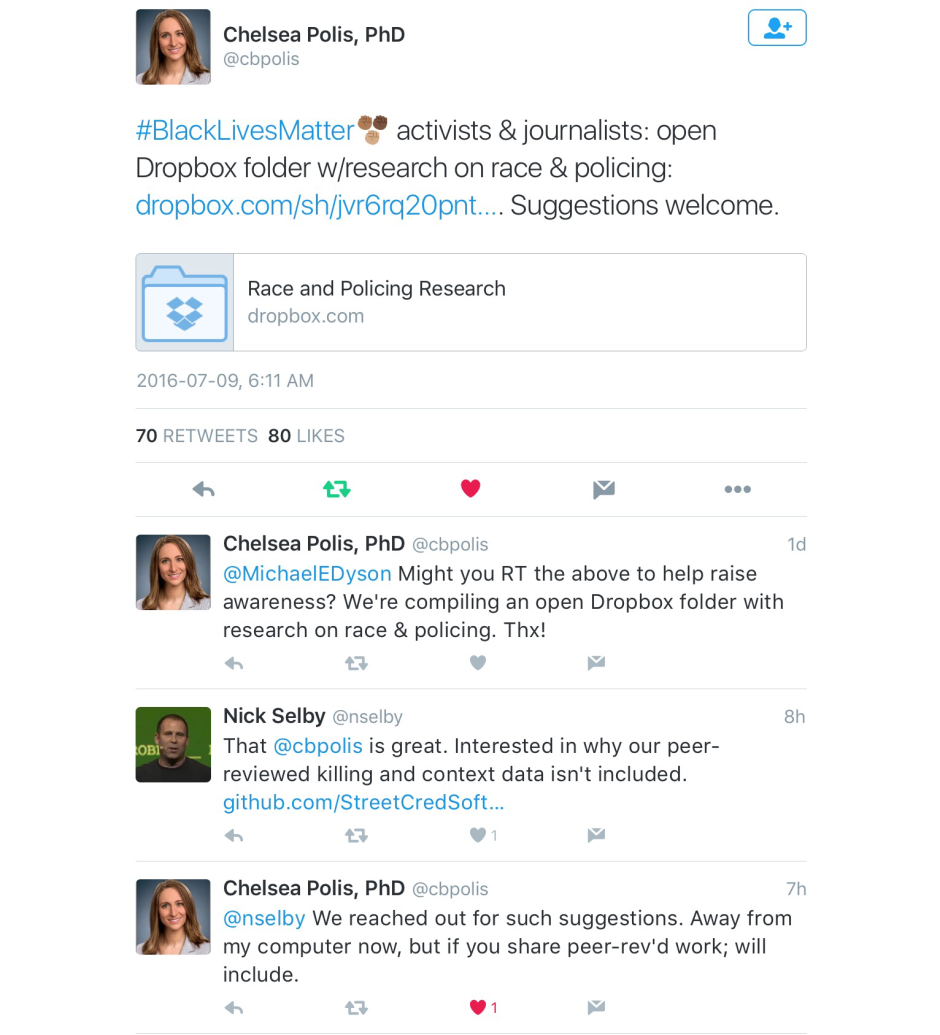 I’M AN ACADEMIC WHO WORKS IN MEDIEVAL STUDIES,
SO THAT MEANS: WHITE PEOPLE & ENGLAND
(MAYBE VENTURING INTO NORTH-WEST OR EVEN WESTERN EUROPE).

NEWSFLASH: “The Medieval” isn’t just about white people in “their original” small corner of “their” world. Even when you might think it is or would or should be. For an extreme example, see this major conference in London right now on Chaucer:

I’M A MEDIEVAL SCHOLAR,
WORKING IN A SCHOLARLY WAY ON A SCHOLARLY CULTURE,
IN WHICH LEARNING AND UNDERSTANDING ARE CENTRAL.
I CAN SEE HOW THIS IS RELEVANT.

HOW CAN MEDIEVALISM CONTRIBUTE?

WHAT CAN MEDIEVALISTS DO?

The quick answer: we can work like anyone else towards intersectional social justice.

The slower longer more convoluted answer: Being a multidisciplinary plural multilingual field, in the humanities, “in the middle” and marginal, feminist / embracing the #femfog: these are assets. We’re fundamentally and radically all about intersections and intersection: conjunctions and conflation, translation and translatio, histories and stories running through multiple often very alien worlds, interconnected pasts and present and futures from golden age to postapocalyptic eschatology, myth and mythopoesis, cultures of learning and imagination, polysemy and multiplicity, narratio fabulosa, analogy and allegory.

I think analogy and the habitus / praxis of thinking analogically are key. But: they’re also dangerous and unpredictable, as they can turn into simplistically-mapping comparisons. They need sensitive careful intelligent handling; be prepared to get them wrong, to acknowledge error, to keep trying, keep working, and work with others. (There are examples of this, featuring my own bumbling and erring, in posts 1 and 2 in this series.) Learning through errantry is a noble thing. The best get analogies wrong and have metaphors misfire; heck, even Jean de Meun, Christine de Pisan, François Rabelais, and Isidore of Seville get this kind of thing wrong. And every poet ever has a bumbling blooper somewhere (and yes, you could be the scholar who has the dubious honour of “discovering” such a find).

Thinking medievally and analogically is also thinking poetically and philologically. Working with words, carefully, caringly, delicately. This, too, is sensitive work. Here, too, you may get things wrong and then maybe work things out through that work.

I’ve written previously (back in February and March) warning about linguistic ignorance, insensitivity, and abuse; as words and their meanings have history and power. In that case it was about trust and against confidence and a lexicon and rhetoric of (blind) faith. We’ve seen, especially thanks to Bruce Holsinger’s blistering attack on neomedievalism, how the medieval world (including its ideas and words) is as open as any other to appropriation, misuse, abuse, perversion, and damage. Here are some words of medieval (and earlier) provenance to reappropriate and share, to bring into common parlance, to make everyone’s: politeness, reclaiming political in its positive morally-upright sense (vs politics, policy, other negative polis-derivatives), gentle, gentility, civility, courtesy, value, valued, valuable, worth, worthy, prized, public, care (and charity-charitable-caritas), hospitality.

These words are derived from the languages I work with: Old Occitan, Old and Middle and Renaissance French, Latin. Think of your languages and find the luminously beautiful good words in them (trobar). Use their words and apply their transpositions in your 2016 working language/s. This is applied medievalism: useful and relevant, words qui relèvent et soulèvent, elevated and elevating. In so doing, we can return relevant from neoliberal NewSpeak to its full philological sense and re/make relevance uplifting. Yes, that still means falling down before getting up again: but remember, relever is transitive; it’s about getting yourself back up, helping someone else up, or a reciprocal action. It’s a word that extends a hand in kind friendship and grasps another hand in mutual trust.

Words matter. They make poetry. Poetry matters: it is worlds, the world, changes and makes a world anew word by word. It is matter itself.

More recently I’ve been using the following words a lot: ally, tolerance, inclusive. I know why I use them. They’re words I grew up with, words I learned from my father and that/his version of these words’ ideas is culturally rooted in Gladstone Irish Home Rule liberalism; mid-century international and internationalist human & civil rights movements; Oxfam and Quaker pacifism, anti-slavery, anti-imperialism, and the Fair Trade movement; Renaissance humanism; social conscience (flirting with liberation theology) Catholicism; and the post-war dream of European union. My father was very dear to me; these words resonate deeply.

There are other good words too, that fit well in this congenial group: support, humility, advocate, solidarity, respect, mutual aid.

Three more words, overlapping with ally, tolerance, inclusive: friend, trust, kindness. Wonderful words. Fragile, human, without being #AllLivesMatter. I intend to use them more. I met them on Facebook (as you do; thanks Eileen Joy) and the way they were used, text and context, reminded me of the French Enlightenment associations of those other words that I like (used here in the forms “alliance, tolerance, inclusiveness“); reminding me that Enlightenment liberal rights discourse is far from clean. Property and profit vs people… Over, then, to Léopold Lambert, writing a longer piece about cooperative group work: “Political Friendships: The Funambulist Magazine ‘Behind the Scenes’.” The quotation is about the need to silence normative privilege’s perspective—

in order to provide a humble platform to anti-racist, feminist, queer, exiled voices without ever essentializing them as such. In a world where simply accepting to shut up would still be a position in compliance with the normative order, this is the only tenable position if we want to contribute destroying the latter. It requires a continuous questioning of our personal social position in relation to others. The decolonization of our own discourses is never fully achieved and automatic behaviors learned and performed through privileges often re-emerge, but this is where friendship becomes a revolutionary thing (much more than the notion of alliance, I believe), as it involves simultaneously mutual trust and kindness, two notions that do not immediately appear as political but should urgently replace those of “tolerance” and “inclusiveness” in the dominant liberal discourse.

Thinking analogically is also about thinking iconically. (And with a reminder of the second post in this series, I’ll leave you to ponder imaginatio and Mary Carruthers.)

Read.
Read voraciously.
Read everything, everywhere, as though it were medieval.
Read medievally and medievalistically (if that’s even a word; well, it is now).
Listen.
Learn.
Constantly.

And pass it on.
Share the wealth.
Read with others.
Teach others to read medievalistically.

And now, back to Twitterings, some more analogical than others, in what I gather is termed a “curated collection”; how deliciously Medievalist of the nineteenth-century gentleman scholar amateur antiquarian variety, from England or one of the Continental European Empires or maybe even from the Colonies— 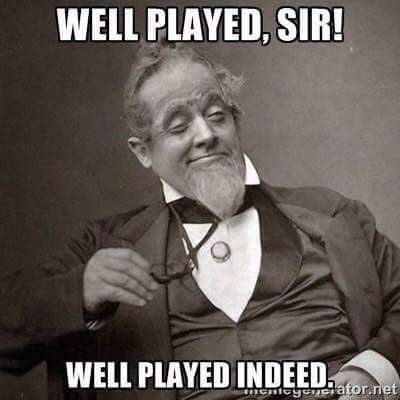 —not awfully intersectionally socially just; all very interesting but about as far removed as one can get, from Black Lives Matter.

We Medievalists deal a lot with exemplarity, in and out of didactic literature of all sorts, including satire.

That guy is An Example.

Don’t be that guy. 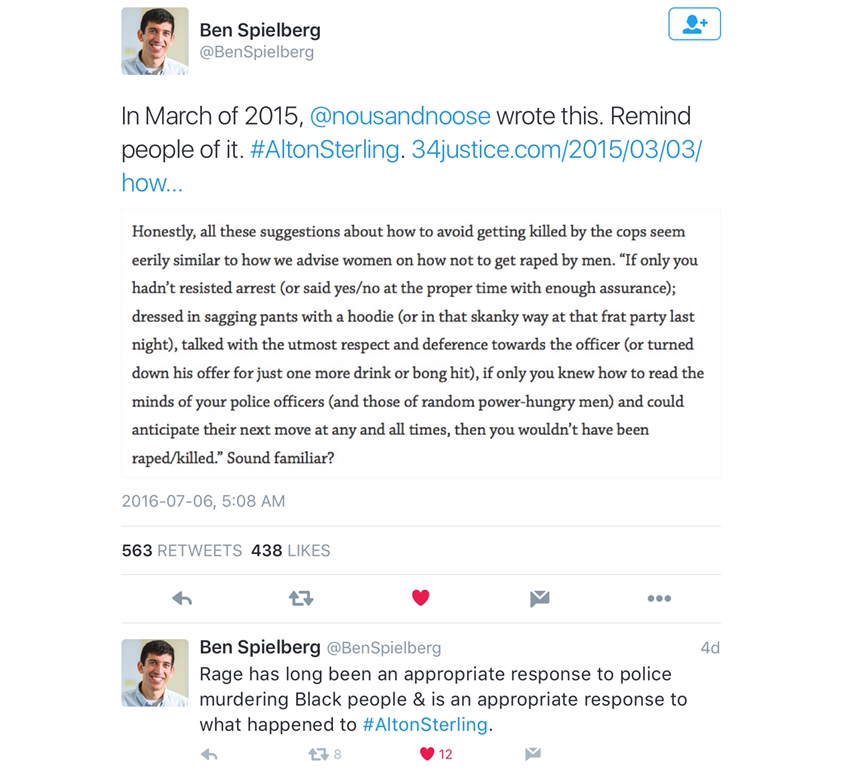 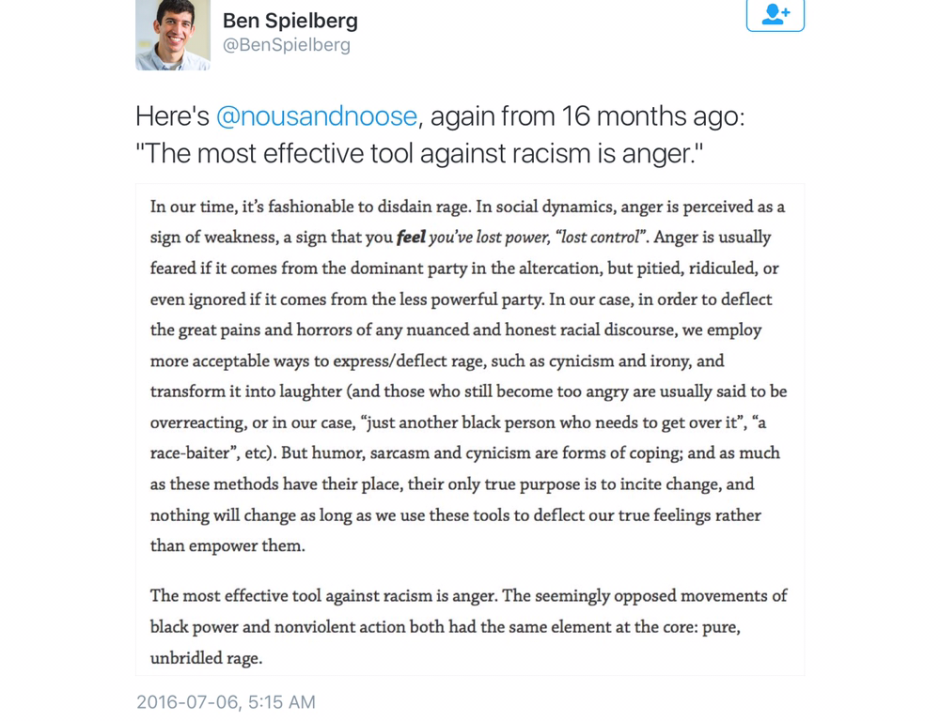 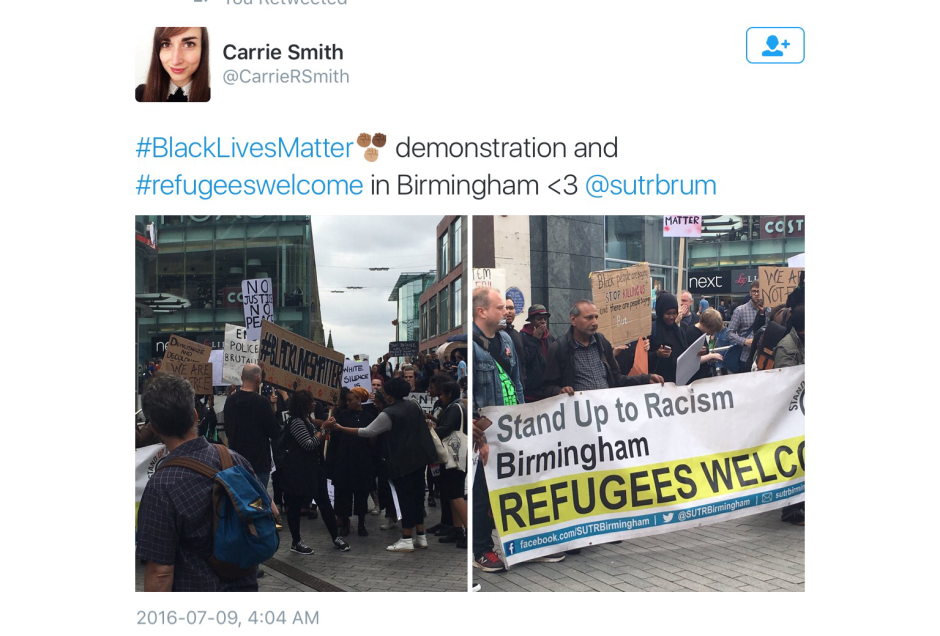 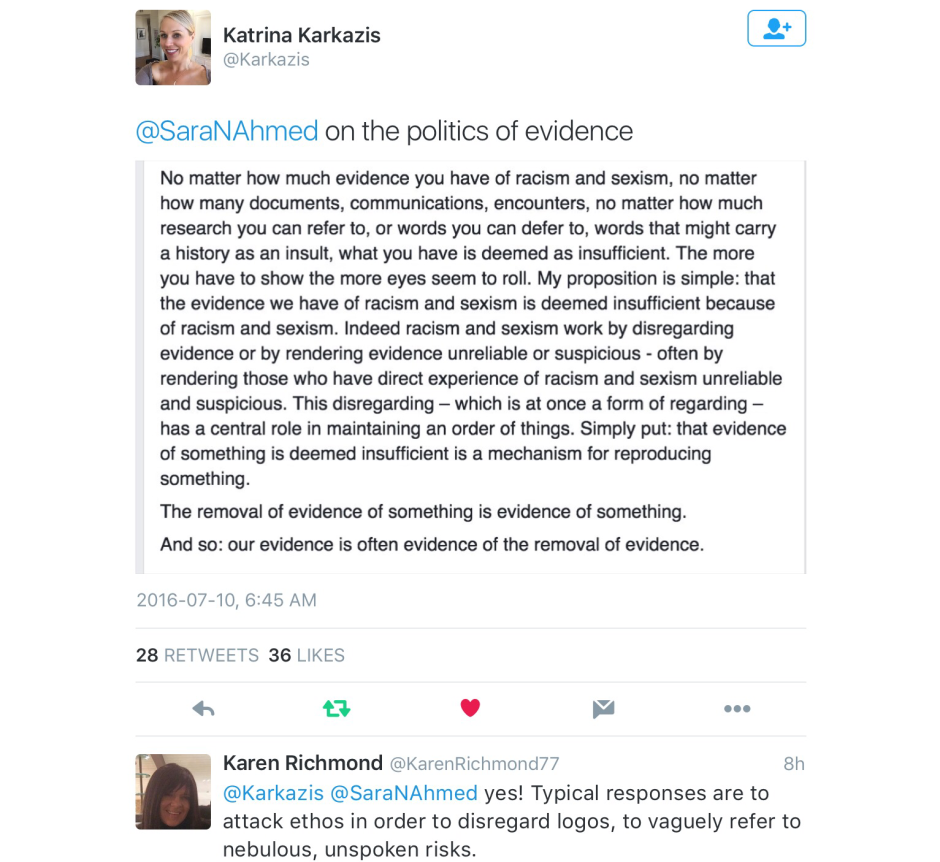 GOT THE MEDIEVAL BUG?
MOVE FROM “THE MEDIEVAL” TO MEDIEVALISM/S.
BE AN ACTIVE MARGINAL INTERSECTIONAL MEDIEVALIST 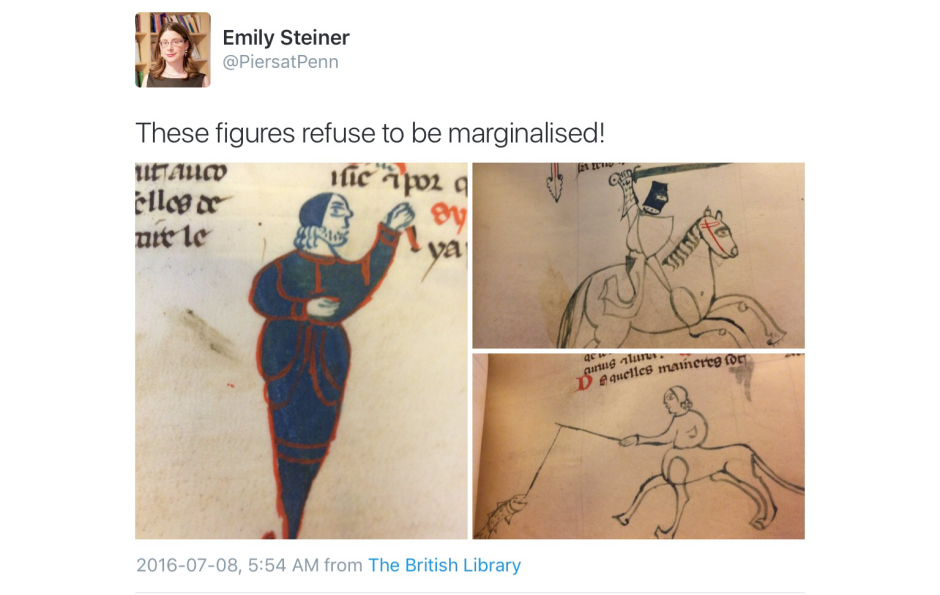 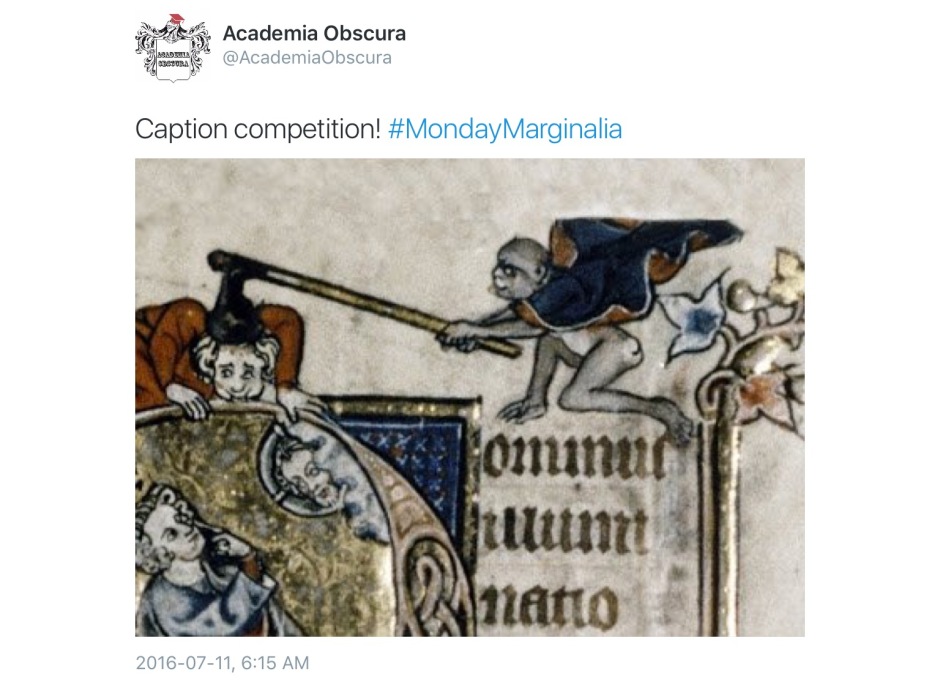 Which leads to two final LINKS:
BECAUSE MEDIEVAL BLACK LIVES MATTER TOO: 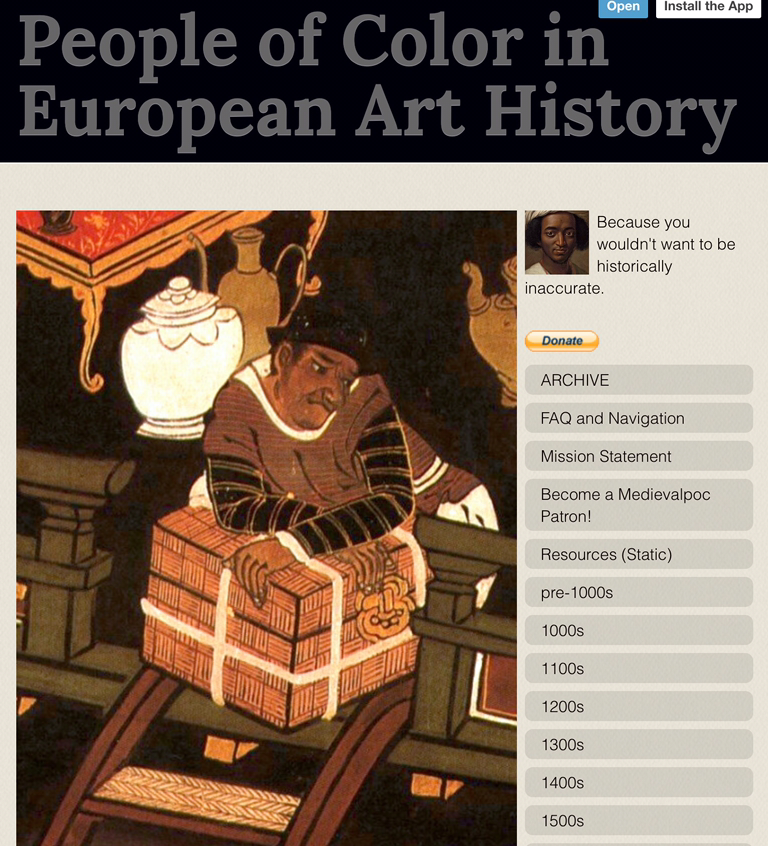