Last year I warmed up to thinking about leaf-blowers more slowly, not writing about them (and rakes) until May. Perhaps my thinking would have been faster if I’d had less leaf-blowing around. Perhaps the leaf-blowers themselves weren’t really to blame: rather, it was a lack of leaves. Changing leaves; signs of progressive visible movement in one’s surroundings in the outside world; seeing and being part of a natural cycle with rhythm and pattern in a legible world that made sense. Unfortunately, my surroundings over the last couple of years or so could best be described as the exact opposite, and summarised in one word, “construction” (with irony-quotes).

I have the impression it’s got better recently. So far; touch wood…

And now, the season of the leaf-blower is upon us.

For many years, leaf-blowers were horrible and fascinating to me in equal parts. They appear to be an important aspect of this other world’s alien culture. Where I am from and lived in Europe, we don’t have them; they may be particular to North America, perhaps because there are more trees. On the other hand, I’ve never seen one used in the serious deep forest here. 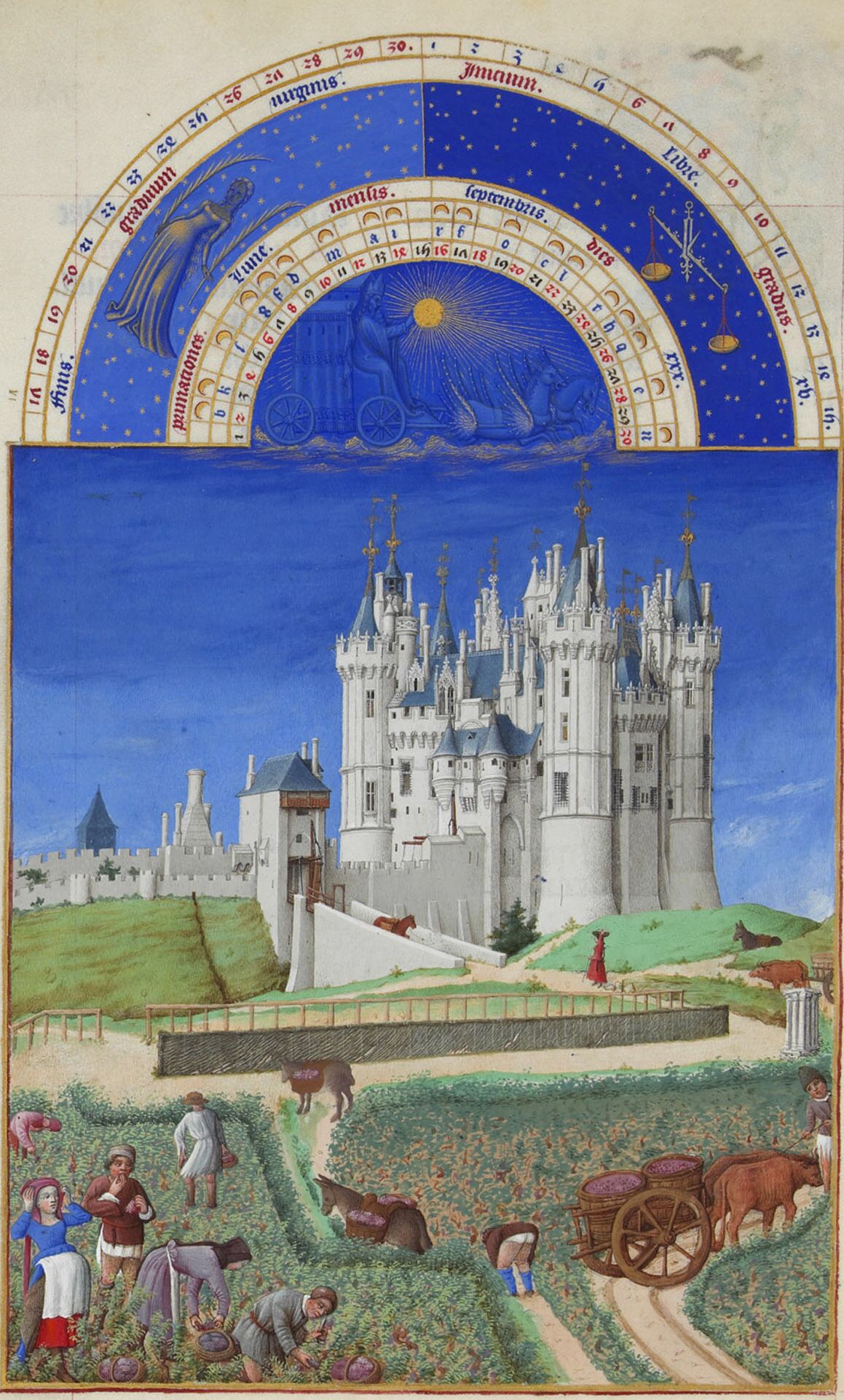 There’s a mysterious art to leaf-blowing. I don’t understand it. It can be fascinating to watch. The artist is clearly in their own world, not interacting with other persons around them, and perhaps engaging with their physical space differently too. Perhaps they are not even of and in this world. It looks like there’s meditative activity involved, like in Zen gardening; and possibly a dance-pattern whose complexities are beyond me.

Move closer to the artist at work. The leaf-blowing apparatus, plus ear protection and sometimes goggles as a fine addition to the ensemble, turns its wearer into a future cyber knight in non-shiny armour, with a soupçon of the ghostbuster. It’s marvellously sci-fi.

The leaf-collecting equipment itself, seen up close, can be the understated model: a simple portable vacuum cleaner and fuel in a discreet backpack. But many of the strange people of this North American alien world sensibly choose to avoid understatement, with symbiotically-attached or fully cyberneticaly-assimilated relatives of the good old Snuffleupagus.

I live in the land of Sesame Street, Muppets, and sci-fi. How amazing is that?

Moreover, leaf-removal kills the joys of autumn. Colours everywhere, a ground changing day by day, leaf by leaf, changing faster than through the rest of the year. Textures morphing and at different rates: whole leaves side by side with parts, odd shapes, skeletons, crumble, goo, mousse. Playing around with piles of leaves and watching them, day by day, as they move around and mulch down. The seasonal fragrance, smoky musk with a hint of greenness, past echo and future promise. Vegetating in the vegetation at this time of year is the plant equivalent of enjoying the beach, its heady scents, its metamophosis in action of cliffs and stones and pebbles and sand. Put the two together, fall leaves and the beach, and you have a perfume that you will recognise, the sensory welcoming friend in every good whisky. 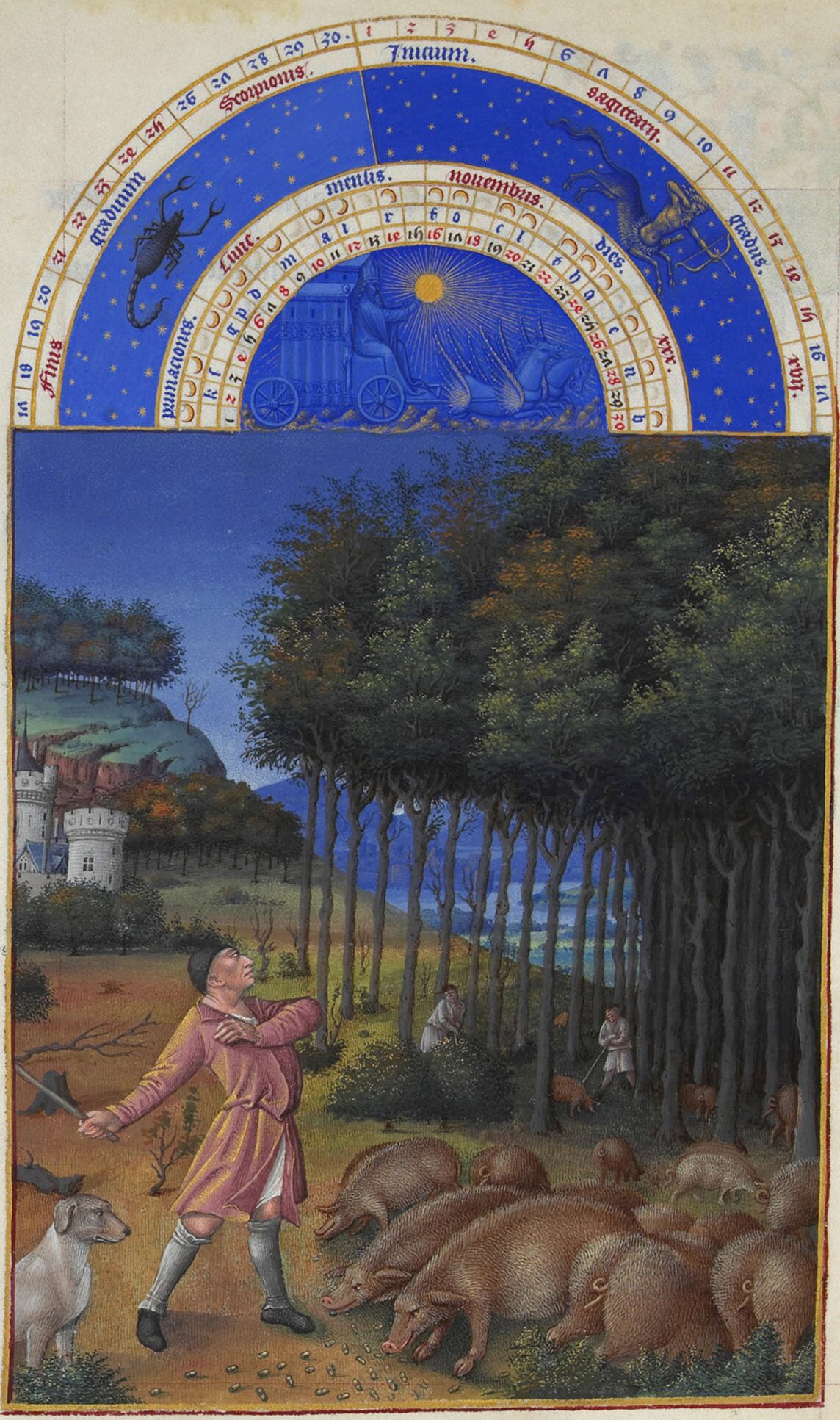 Yes, moving leaves off pathways is sensible (however it may be that you do it): it rains here; leaves do sog up water; when leaves get wet people slip on them, fall over, and hurt themselves.

While UBC has been getting better at moving leaves onto vegetated ground, for mulching and carbon-release (hence autumnal smells) and other good cycle-of-nature stuff; most places just blow, suck, and go dump. As it were.

And most places, including here, the apparatus/apparator cyber-being is piss poor at the primary task of removing leaves from paths, pavements, and other sidewalks: every year I’ve been here I’ve known people who still fall over on soggy slippy leaves. I’ve done so myself. And we don’t have the compensating joys of leaf-accumulations and compost composition.

UBC, in the MTV terms familiar to my generation: “if you’re not part of the solution, you’re part of the problem.”

Here are some suggestions, from back in May, for solving the leaf-blower problem: on potential for the rake’s progress.