This post is dedicated to the memory of my father. It has been a while coming (and then I updated it. Must now leave it alone. As Mother would say: Do. Not. Pick.)

Firstly: as I couldn’t figure out the proper way to write it, that is, that wasn’t contrived, said things that were true, and avoided platitudes. But all that is more about me and my writing than it is about him. When someone comes to the end of their life, there’s no escaping many inevitable things. One of them is truths that are truisms. So to hell with avoiding naffness.

Secondly: the same is true of other important times in people’s lives: we’ve had the advent of some more cousins in the family over the last year or so, and another one arrived on The Scene yesterday.

So this post is also in honour of infants in the O’Brien-clan-and-its-associations-and-extensions: may they have similarly long, fulfilled, and fulfilling lives. Luke John William Keating would have been Daddy’s newest great-nephew; the start of the lives of Max Peter Shanks, Maebh Olive Loveridge (who recently celebrated her first birthday), and Freya Lucy Mole (who has just turned two) overlapped with the end of Daddy’s.

And so it goes.

(not actually my father, though a very close match in many respects)

William George O’Brien was a good father, a virtuous man, wise, and a fine human being. He was a gentle man, and a gentleman. He perfomed good deeds and works. Many knew and loved him. I’d say: those who knew him, really knew him, loved him. Maybe to know him was to love him. He exercised a great deal of influence on me, and was an entirely unequivocably good influence. For which I’m grateful. He will be remembered: he is remembered, often, in all sorts of little daily things.

One of the things he instilled in me was a love of books, reading, and the life of the mind; he was encyclopaedically well-read, intellectually curious, a lover of literature in the larger sense, of good writing; a lover of the arts more broadly, especially the fine and plastic arts and music. He was a fine singer and exuberant clarinetist. My uncle, Alan Elliott, had the onerous task of summing up my father’s life in two minutes, at his funeral. He accomplished it admirably. Now, admittedly this was putting the job in the right hands: before his retirement, Alan’s work involved much writing, including speeches. He got Daddy exactly spot on and dug him:

[…] this remarkable man, four weeks younger than me in age, but many years older in his knowledge and wisdom.

[…] George had an instinctive and highly developed sense of right and wrong, and he was vehement against any whiff of corruption or injustice, wherever in the world he found it. His espousal of the Liberal Democrat cause was no shallow affair, rooted in William Ewart Gladstone as a hero from boyhood.

[…] George was an intrepid cyclist from his youth [… he]  could orientate himself at least as well from a church tower as from a map. Indeed, his knowledge of geography, history, politics and international affairs was prodigious. Later, he travelled on many continents with an undying sense of curiosity and adventure. 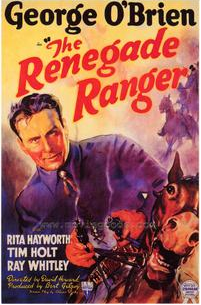 He was a geek avant la lettre; back in the day when one would be called a “scholar” and “scholarly.” He read voraciously. He hung out with some of the finest minds of the day, including some people who have subsequently become Irish poets of note, one now a Nobel prize-winner. As part of his tribute, Alan read out one of my father’s schoolboy poems, written when he was 14, published in his school magazine. It’s a very fine piece: medievalistically-speaking, with a note of Henry Adams about it. Here’s how Alan presented it:

George loved poetry, and he and I shared in our last conversation the sonnet of John Keats which David Nelson has read to you [“On First Looking into Chapman’s Homer“]. I finish with the final lines of George’s own poem contributed to his Methodist College, Belfast school magazine in 1951. Describing the glory of a great cathedral, which we can readily compare to this magnificent Abbey Church, he wrote:

The great east window multi-coloured, mellow,
Upon the varied walls and pavements plays.

Alas! That age of craftsmanship is dead and gone.
No more can masonry record a human life.
We have betrayed our heritage of stone,
Replaced it by a cheap and endless strife.

But still the bells, in glorious exultation,
Peal forth their joyful message near and far.

It is, in my humble opinion, an excellent poem. It’s very much him, in all the time I knew him. You can guess where he would stand on the B***store issue and all it stands for, and where he would have stood on it in 1951; where I stand on it, now, is as you see entirely unoriginal–blame genetics/Dame Nature, blame nurture, either way I most certainly hold Daddy responsible. Yes, he was also always a very responsible person.

My father was very ill before he died. His mind was still its usual sharp self; but he was not always able to read, though he appreciated being read to, including audiobooks. They’re a brilliant thing for hospitals: in a ghetto-blaster, better still in a disk-man, to reduce one’s exposure to crap TV and those blinking Machines That Go Ping. All of which is noise pollution, an irritation, an annoyance, demoralizing, and dehumanizing. So my sister and I got him some of what we still call, being fuddy-duddy types, “books on tape” for his last Christmas, and an accompanying personal device and ear-isolation units. Then before one of my last visits, I’d prepared some online resources from which to build a virtual library, from which he’d then be able to pick and choose what he felt like reading, as suited him and the mood of the time; an overly-optimistic gesture, as things turned out rather differently.

Here is my bookmark-folder entitled “audio CDs for Daddy.” Good stuff, wide-ranging, and hopefully of use to other people: for other people who can’t read traditional printed (or indeed e-)books, for whatever reason; and for people who, no matter what their circumstances, might be wanting to listen to books–on long commutes, when travelling, with discrete earpieces during meetings, etc.

How to burn CDs – Audacity Wiki

How to burn an audio CD in iTunes

Audio CDs – what format should I use to burn my Audio CDs?

Audible.co.uk (not free, but cheap)

Books Should Be Free

For more, see also: AbeBooks–Amazon (Canada—UK—US; there’s a lot of overlap with AbeBooks amongst the sellers in Amazon Marketplace these days: in terms of book/commercial politics, an interesting one to watch…)–Chapters (Canada)–and The Guardian has been compiling the quite decent “Best Bookshops: A database of independent bookshops compiled by bookworms for bookworms,” complete with map; they also have an older (proudly subjective and eclectic) piece entitled “The World’s Ten Best Bookshops.”

There’s been a lot of talk, ignorant rambling, and silly worry recently about the End of the Book. And the end of the publishing and bookselling industries. See, for example, some of the comments on the UBC B***store petition.

But “books” are no more restricted to the printed page than “reading” is to Great Works Of Literature.

Monsieur Barthes figured this out and told other people about it well and loud and clear, half a century ago. That’s two genetic generations, and dozens of academic ones, lots and lots of them if you consider the number of school- and undergraduate-years that will pass through the hands of teachers and faculty. The Grimms, Mérimée, Vuk Karadžić et al worked out something similar, on oral culture / other performed forms of literature, 200 years ago. Lord and Parry a century ago. Ong’s classic works on the subject appeared 30 years ago. People: you ought to know better by now, there is no excuse not to, these ideas have been around for a long time now. It’s like saying that art that didn’t come out of (post-Medieval) Western Europe and the Far East isn’t “art,” it’s some kind of cute barbarian exotic collectibles, whose only cultural value is religio-anthropological. Folks: that variant reading went out for good in Euro-intello-land over a century ago, even if took imperialists a while longer to catch up…

So: How dare anyone say, in 2011, that an e-book, an audiobook, or any other form/performance of literature isn’t a real, proper book! Not only because that is not true, and is foolish and stupid. But because it’s insulting to people who read them, and who do so for many reasons, not all of them their own choice. My father was “reading” and engaging with a “book” and its contents when Alan or I read him poetry, or when he listened to books on CD. And that’s that.

Ending on a happier tone, though: 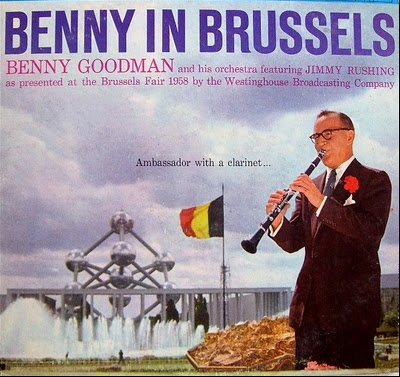 Also not my father, but one of his favourites (and also one of our family ones); album title and subtitle are particularly apt.

On which uplifting note: there’s bountiful joys of Benny, for free, from anywhere, on YouTube.